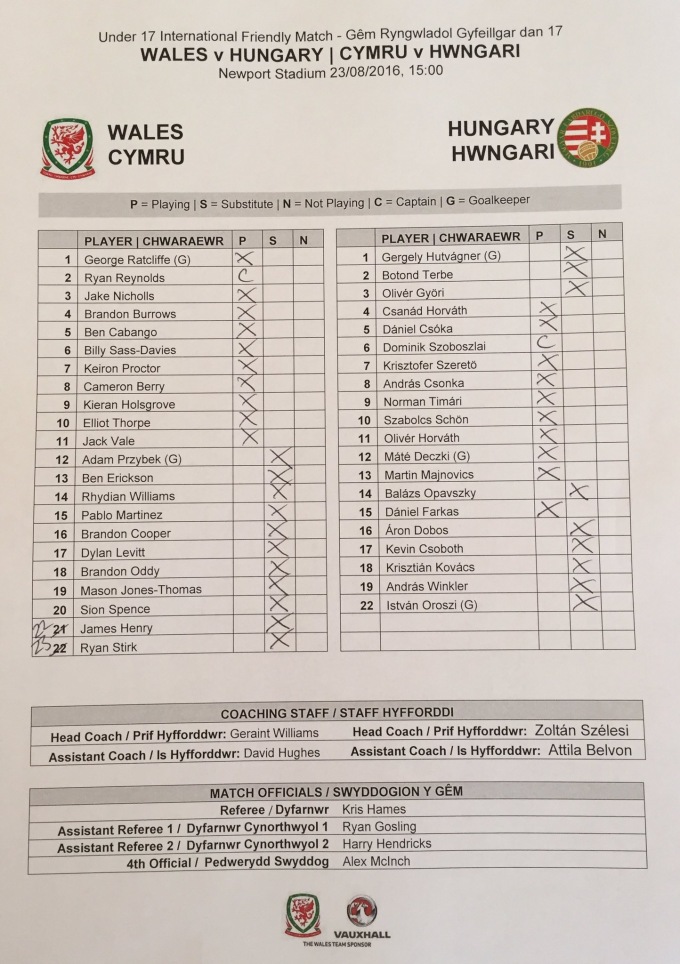 Spurs youngster Elliot Thorpe who plays for our under 16’s side, was involved for Wales under 17’s in their match against Hungary earlier today as they drew 2-2 in a friendly in Newport. Elliot Thorpe started the game and was unlucky not to score after having hit the post, the attacking midfielder could feature again for the dragons on Thursday as they face Hungary for a second time at the Newport stadium.