Ryan Mason signs for Hull on a three year deal: 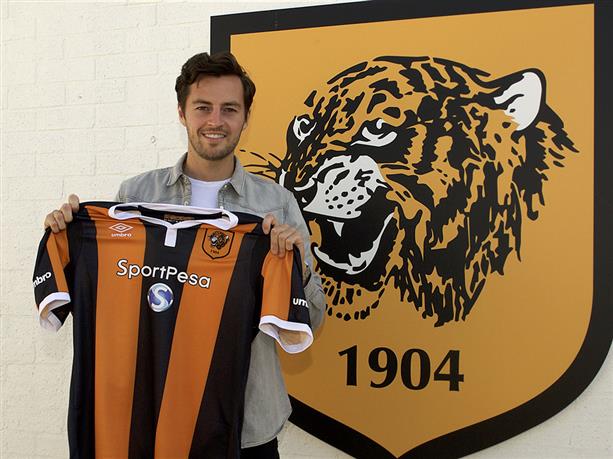 It has just been announced that our 25 year old midfielder and academy graduate Ryan Mason has signed for Hull City in a club record fee for the Tigers with the fee know to be over  £10 million pounds. Mason who made his debut at 17 for the Lillywhites made his breakthrough at Spurs under Pochettino in the 2014/15 season and has gone on to make many appearances for Spurs in those two seasons scoring four goals. A talented midfielder, Mason showed great passion whilst playing for Spurs and his work rate was outstanding, he’s departure is sad to see. I wish Ryan all the very best of luck at the Tigers and I’m sure he will go on to become a key player for Hull over the coming season. 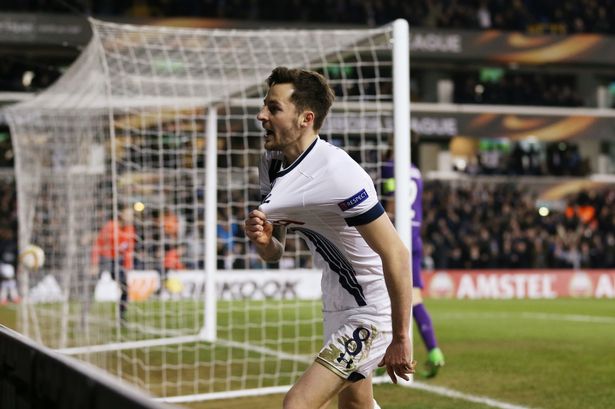 We have reached agreement with Hull City for the transfer of Ryan Mason. We wish Ryan all the best for the future. pic.twitter.com/HZvoj8FEUu 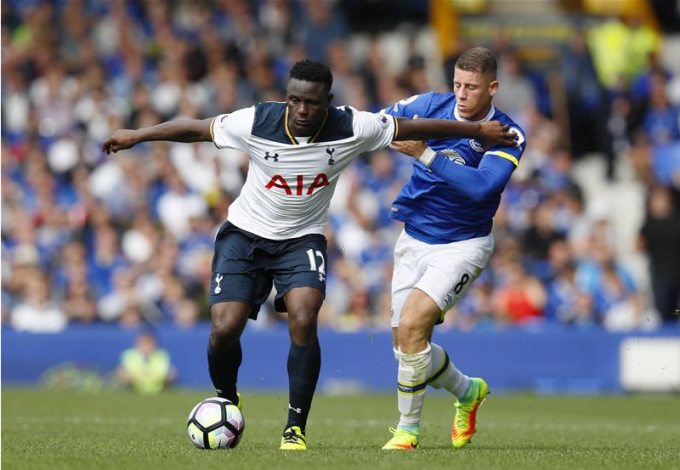 This afternoon Victor Wanyama captained Kenya in 0-0 draw against Uganda in an international friendly. Wanyama who has made an excellent start at Spurs since joining from Southampton this summer, played the full 90 minutes in the friendly as he played in the centre of the park. Kenya play again this Sunday as they face Zambia in an African cup of nations qualifier. Tomorrow could see our attacking midfielder Christian Eriksen in action for Denmark as they face Liechtenstein in a friendly, kick off is at 19:00 pm. 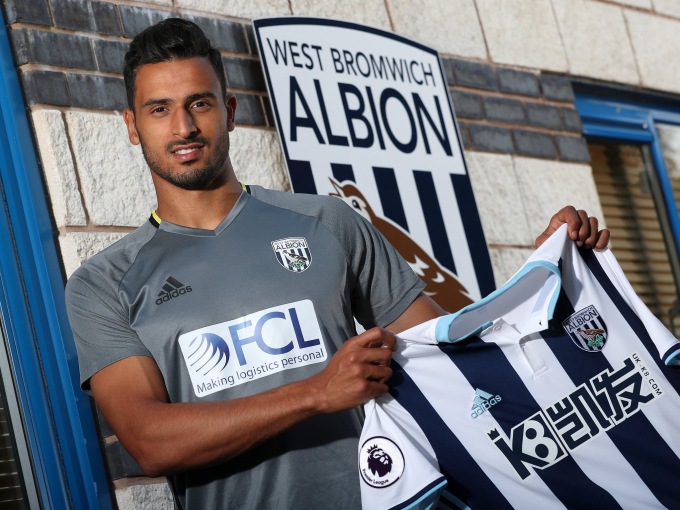 It has been announced with in the last hour that our 27 year old Belgian winger Nacer Chadli has signed for West Bromwich Albion in a club record £13 million pounds deal to the West Midlands club. Chadli who signs for West Brom on a four year deal was an influential player at the lane in his four seasons at the Lillywhites scoring many important goals for us since joining from Twente in 2013. It’s a shame to see the talented Chadli depart as he served us so well in his time at Spurs and gave us 100%, however, I wish Chadli all the very best at West Brom and hope he has successfull time with the baggies.  A talented goalscorer Chadli has always created good runs to get into good goal scoring opportunities and I’m sure he will be an excellent addition to Tony Pulis’s side. 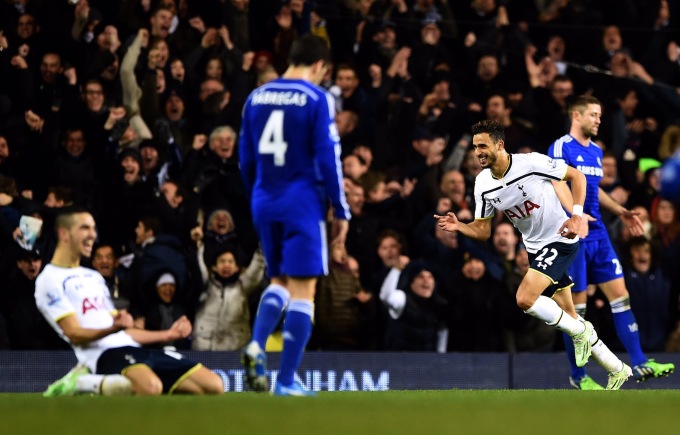 We have reached agreement with West Bromwich Albion for the transfer of Nacer Chadli. pic.twitter.com/WR38DN1raR 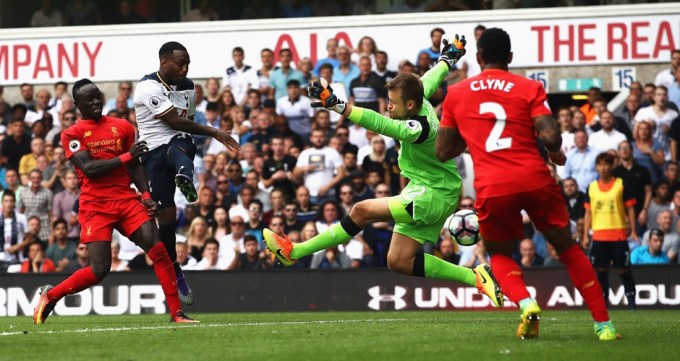 Yesterday afternoon the Lillywhites fought back to get a 1-1 draw with Liverpool at the lane in a match in which we managed to get a well earned point against Jurgen Klopp’s impressive side. It was the Reds who started the brightest and they went incredibly close to taking an early lead in the fifth minute, after Firmino burst in to the box before the forward squared it to fellow country man Philippe Coutinho who unmarked, shot from 10 yards out, but Michel Vorm pulled off a tremendous low save with his leg to deny Liverpool from taking an early lead. Just over 20 minutes later Vorm was again forced into making another top save after Coutinho fired an effort at goal from just out side the area after he chested it and brought it down following Mane’s pass. Coutinho’s effort was saved well by the Dutchman who got down well to deny the forward with a diving save. We were unable to take control of the game in the remaining minutes of the first half and following Kyle Walker’s injury our shape wasn’t the same. on the stroke of half time Liverpool were awarded a penalty kick after Erik Lamela brought down Firmino in the box, James Milner stepped up to despatch his penalty with great precision and put Liverpool one up at the break. 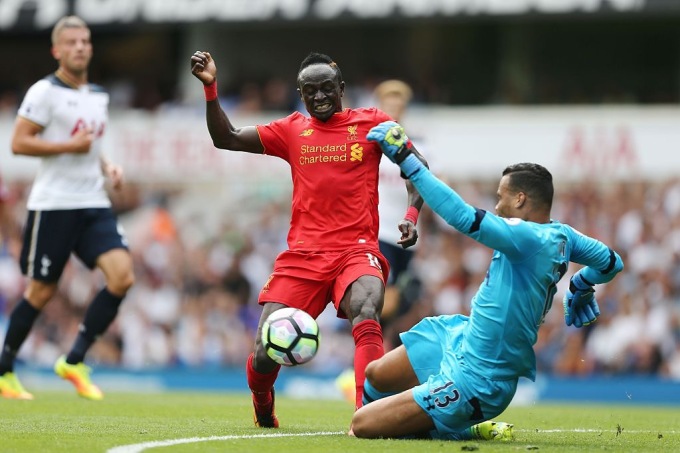 Shortly after the start of the second half Liverpool went close to doubling there lead through Cameroonian centre back Joel Matip who was picked out by Coutinho from the resulting corner, before heading an effort that skimmed the top of the crossbar. Just past the hour mark we had a golden chance to equalise after Eric Dier sent in a good cross from the right which found Eriksen inside the area. However, the Dane couldn’t keep his effort down as he hit it over the bar. We finally equalised in the 72nd minute through Danny Rose, after the England international finished of a fantastic attacking move from the Lillywhites, following Eric Dier’s cross into the box Lamela headed the ball back to Rose who fired the ball past Mignolet and into the net. Neither side got a real hold of the game in the remaining minutes, though the Reds came desperately close to snatching a winner in stoppage time through Adam Lallana who was closing in on goal before Alderweireld pulled a world class challenge to ensure we got the point.

Yesterday wasn’t our finest performance and in some ways getting a draw was a bonus from a tough game against Jurgen Klopp’s side. Hopefully we can make a couple of signings before the end of the window to add depth to our squad, and come back from the international break ready to take on Stoke. Michel Vorm had an outstanding game in goal making a couple of world class saves, the Dutchman kept us in the game. Vorm who was officialy voted the man of the match also was a fantastic sweeper keeper through out the game as he came out tostop the incoming danger of Sadio Mane who was through on goal. Victor Wanyama had yet another excellent game in the centre of the park, making some key interceptions and the Kenyan was solid throughout yesterday’s game. In addition Onomah made a positive appearance from the bench in the second half. 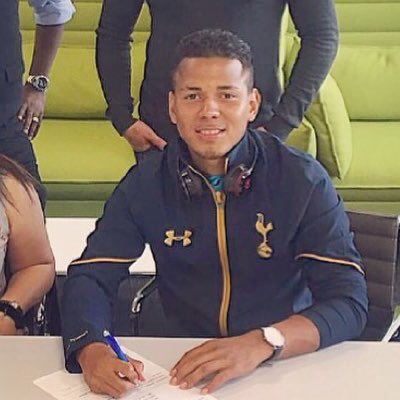 Following our under 18’s 5-1 victory over Aston villa yesterday their was a new player on the team sheet, Juan Pablo Gonzalez Velasco who is an attacking midfielder will play for our under 18’s side following his arrival from championship side Brentford. The attacking midfielder who was on trial with Burnley last month was also linked with other top flight clubs including Chelsea. Following Nya Kirby’s decision to reject a scholarship at Spurs it seems as if Spurs were looking to recruit another talented attacking player as a replacement. Juan Pablo Gonzalez Velasco has been training with the under 18’s for the past few weeks now, and I remember seeing him in the stands along with the other under 18’s at the Lamex stadium a couple of weeks ago for Spurs under 23’s PL2 game against Everton. It’s unlikely that Spurs will officialy announce his arrival at the club as they don’t tend to announce new players that join the academy however, a profile of the forward may well be added to the academy section of the website in the near future. I look forward to seeing him play for the Lillywhites and wish him the very best of luck for the current campaign. 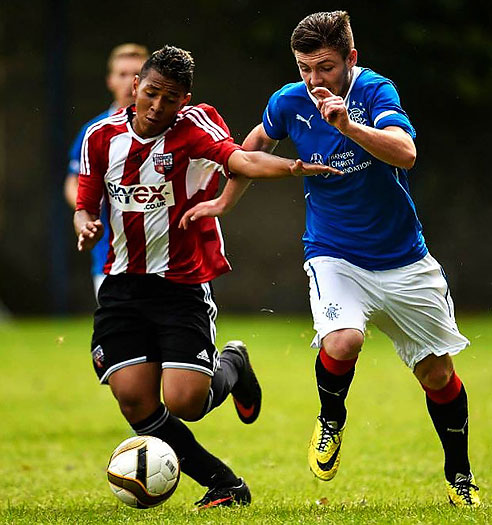 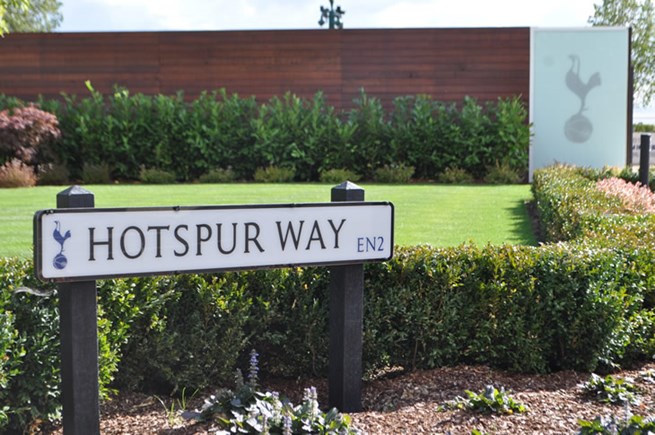 Earlier today our under 16 side maintained their 100% start to the season as they beat Aston Villa 2-1 at Hotspur way, with Rodel Richards scoring for the Lillywhites with the other goal coming down as an own goal. This talented group of players are really impressing on the under 16 stage and I’m sure an extremely bright season is in the offing. 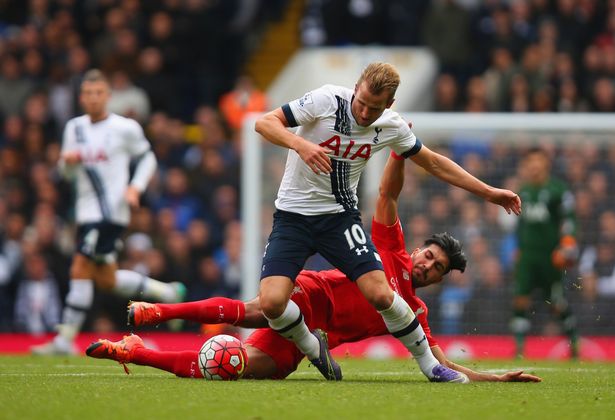 Tomorrow afternoon we face Liverpool at the lane in our third league game of the season, as we face a Liverpool side who we have had a poor record against over the past few seasons, having failed to beat the reds in our last seven meetings. However, Pochettino’s side will fancy their chances against Jurgen Klopp’s somewhat unpredictable side who were beaten by Burnley last Saturday at turf moor. The reds attack will cause our defence problems throughout tomorrow’s game with new signing Sadio Mane, Daniel Sturridge and forward Roberto Firmino all expected to play and pose a real threat up front. However, Liverpool’s influential forward Phillipe Coutinho is a doubt as to is Emre Can and Divock Origi. Tomorrows game is certainly hard to call, but we will have to start well as a team and get an early goal if we are to cement our authority on the game and cause Klopp’s side problems throughout. Mousa Dembele and Hugo Lloris are our only two absentees ahead of tomorrow’s big game at the lane, and I am confident that we can put our recent bad form against the Reds to rest with a win tomorrow. COYS⚽️

My predicted score: 3-1 to Spurs courtesy of goals from Harry Kane x2 and Vincent Janssen.

One to watch: The pacy Sadio Mane who will pose a threat to our defence tomorrow. 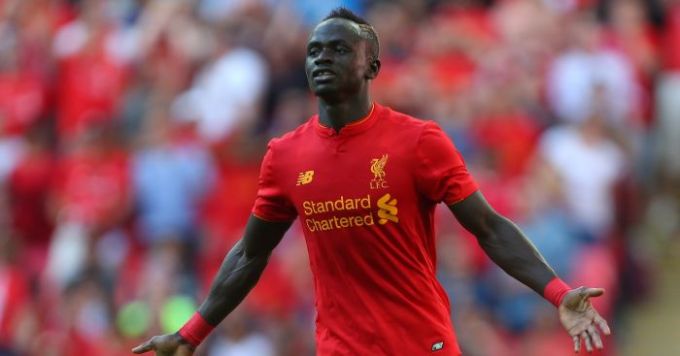 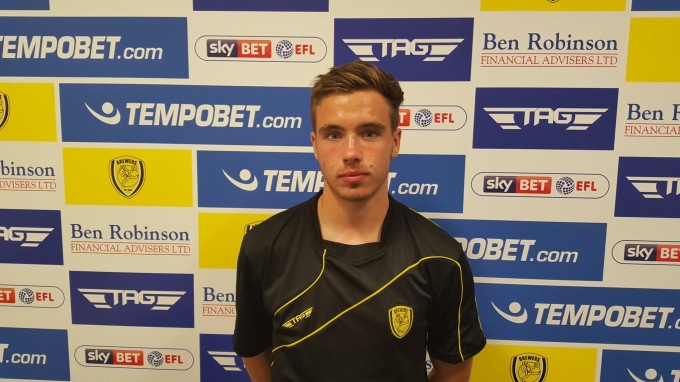 It has just been announced that our young attacking midfielder Will Miller has joined championship side Burton Albion on loan until January. The talented Miller is a skilful  player who I believe has the potential to make it at Spurs, Miller made his first team debut for Pochettino’s side in Melbourne this summer and impressed at the unfamiliar position of left back against Italian champions Juventus. I recently saw Miller play for our under 23’s against Everton and Miller had a really good game, sat behind me that night was Burton Albions manager Nigel Clough. I wish Will a very successful loan spell with the Brewers.

LOAN: Will Miller has joined Championship side Burton Albion on loan until January. pic.twitter.com/oLgnsrMuyM 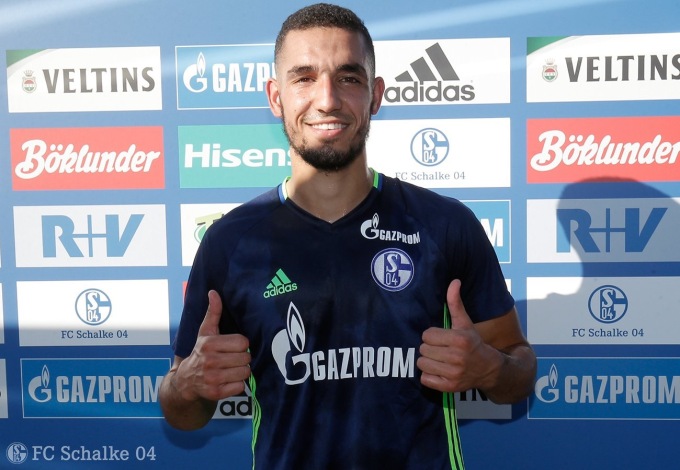 Within the last hour Spurs have announced the departure of midfielder Nabil Bentaleb who has joined Schalke 04 on a season long loan ahead of a potential £17 million pounds permanent move to the Bundesliga club. It’s sad to see Nabil leave Spurs as he had really impressed following his promotion from the academy in 2013 however, last season Bentaleb barely featured for Pochettino’s side and fell down the pecking order. The Algerian international is undoubtedly a talented player who made many excellent performances for Spurs netting one goal for the Lillywhites. The 21 year old has a big future in the game and I wish Nabil all the very best at his new club. 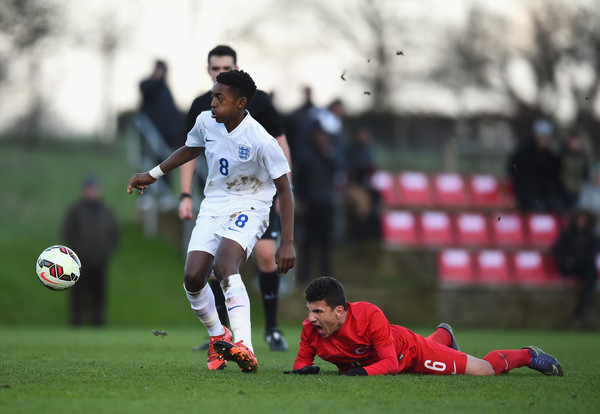 Earlier today Paris Maghoma and Jamie Bowden of our under 16’s side played against Romania under 16’s in a game in which the young lions won 3-1. These two talented players are ones to look out for over the coming seasons, I was extremely impressed with them when I saw them at the Spurs under 15’s showcase match at Ipswich last season.