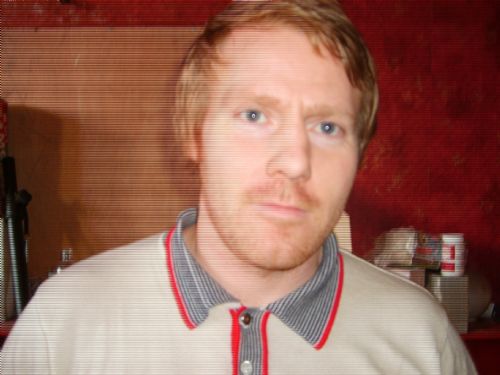 I had the pleasure of catching up with former Spurs youth player Wayne Van Hughf. A regular in the reserve team during the turn of the 21st century, the former midfielder reminisces about his time at the lilywhites in the following interview.

Wayne: I was a schoolboy at Middlesbrough but wasn’t offered a Y.T.S (scholarship) as there was no age groups for 15-18 I started playing in a semi professional adults league, a scout from Durham spotted me and I went on trial at Crystal Palace and Spurs, after one trial Spurs offered me a professional contract, Middlesbrough also came in with a contract but I declined.

Wayne: I thoroughly enjoyed my time at Tottenham and although I got a bad injury against Southampton reserves (in the 90th minute too!!!) I have no regrets and look back proud and with fondness!

Wayne: My footballing hero was Stuart Ripley a flying winger for Middlesbrough who won the premiership with Blackburn and got some England caps, and then went to Southampton where I had the privilege of meeting him when I played against their youth team for Spurs.

Wayne: Chris Hughton was a great influence selecting me for reserve games and showing confidence in me and calling me during my hospital stay to check up on me etc! A true gentleman and so pleased he is doing so well now.

Were any other players at the club or outside who you’d model your game around?

Wayne: I loved Maldini and Franco Baresi but at the club I was in awe of Darren Anderton and David ginola, their talent was off the scale.

What was the toughest thing about being an academy footballer?

Wayne: Toughest thing was being away from home at a young age… and the cooper runs!

How did your time as a youth player at Spurs prepare you for your later career?

Wayne: I think football or sport in general prepares youngsters for later on in life if they can learn to listen to coaches and take on board instructions it puts them in good stead for almost anything in life.

Could you talk me through some of your favourite memories from your time as a youth player at Tottenham Hotspur?

Wayne: Playing against Southampton reserves although we got beat and I sustained an injury but getting to play against a real strong side including Matt Le Tissier, Wayne Bridge, Chris Marsden and ex spurs man David Howells was a great experience.

Wayne: I got selected to represent England in a tournament in Denmark when I was 13 which was pretty special but signing a professional contract and playing reserve team football was my biggest achievement.

Are you still involved in the game?

Wayne: No not since having my first child 7 years ago I couldn’t find enough time with work commitments, I’m now a scaffolder on Didcot power station.

Are you still in contact with any of your former Tottenham team mates?