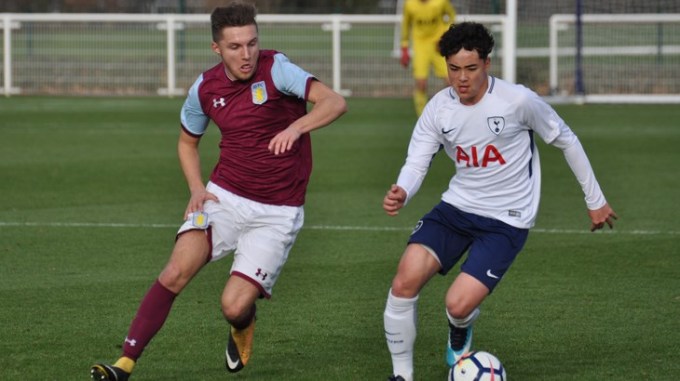 A busy week of youth football starts for our under 18’s on Saturday morning when they host high flying Chelsea at Hotspur Way, in the under 18 league. Although Parker’s side go into this game with some good recent form, his side will face no bigger challenge than to overcome the blues renowned youth team. Occupying top spot in the table, Chelsea have a lead of 7 points to second place Leicester. Having scored just the 31 goals from there opening 10 games, it’s fair to say that they know where the back of the net is. In addition to their goal scoring prowess including a 7-0 thrashing over West Ham last Saturday, Chelsea have conceded only 7 goals this season. With players such as Jonathan Panzo (u17 World Cup winner) the brilliant Dutchman Juan Castillo who was exceptional during last seasons youth cup, as well as the clinical Martell Taylor-Crossdsale it’s fair to say Chelsea have the best under 18 team in the country! That goes without mentioning a dozen or so other top class talents that could feature tomorrow. At the end of the day it will be a fantastic experience for Parker’s side and I wish them all the best. Due to attending the senior game at Stoke tomorrow, I will be unable to report on the whole of the game. Though I hope to be able to watch at least an hour of the game, before heading off to Wembley. COYS

Some players could be rested owing to our important FA youth cup match with Preston in midweek.

One to watch: Former Ajax Academy player Juan Castillo will likely cause problems down the wing with his blistering pace and skill.