Some background information on the youngsters called up to Spurs’ USA tour: 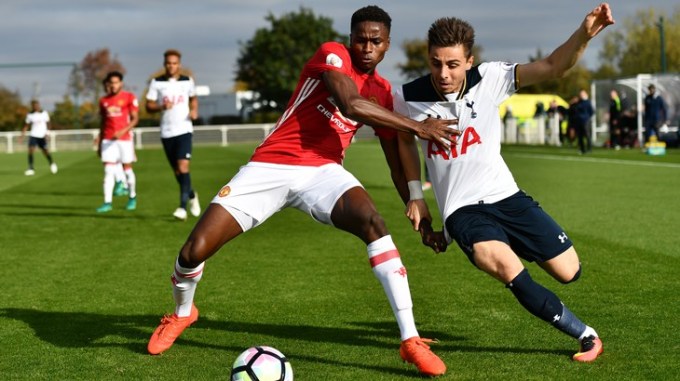 Amongst the senior players called up to Pochettino’s squad for Spurs’ upcoming pre season tour of the USA, there are seven youngsters from our academy that have also been included. The following piece will provide some background information on these players and their styles of play. I haven’t included 20 year old full back Kyle Walker-Peters on the list as he’s already been training with Pochettino’s first team squad for some time.

Brandon Austin: The 18 year old goalkeeper was a mainstay in our under 18’s side last season enjoying an excellent campaign, the talented shot stopper has already made two appearances for our under 23’s. Austin will be traveling to the country which he has represented at youth level, Austin played for the USA’s under 18 team last April, he is eligible through his father who was a professional basketball player.

Jaden Brown: The Lewisham born left back played a big part in both of our under 18 and under 23 campaigns last season. Brown who operates at left back, has represented England up to under 18 level, Brown is a player who I rate highly he’s a defensive but pacy fullback who is akin to Ben Davies in some ways, he can also fill in at centre half if needed. Brown joins Ben Davies as our only other natural left back on the tour.

Jon Dinzeyi: Towering centre half Jon Dinzeyi was a regular in our under 18 squad last season up until suffering an injury which ruled him out for the last few months of the campaign. The second year scholar whose excellent in the air has represented England at under 17 level over the course of last season. The islington born centre half who is still only 17, is clearly a player that Spurs rate highly hence his inclusion in the squad.

Anthony Georgiou: A player who I’m very happy to see included in the squad, Georgiou had an injury hit 2016/17 season for our under 23’s. The 20 year old left winger who can also play at fullback, is a player who I’ve always rated highly. A rapid winger with a fine cross at his disposal, the Cypriot youth international fully deserves his chance to shine in the first team and I suspect that Pochettino will use him as a wingback due to our shortage of left backs.

Will Miller: A familiar name with in our academy set, up the 21 year old forward spent last season on loan with championship club Burton Albion. The highly skilful and agile Miller was a part of Pochettino’s last pre season squad that travelled to Australia, putting in a fine showing at the unfamiliar setting of left back. The former child actor is a player who I strongly believe can became a Spurs senior player in the near future, watch out for his impressive movement on the ball.

Alfie Whiteman: Last but not least is talented young goalkeeper Alfie Whiteman, the England under 18 international is in my opinion of England’s most promising young goalkeepers. Whiteman who is from Tottenham, has been a part of Pochettino’s traveling senior squad on a couple of occasions last season. Whilst making the bench for our league cup tie with Gillingham at the Lane. COYS

Here is our confirmed travelling squad for our trip to the USA… ✈️ 🇺🇸 #SpursInUSA pic.twitter.com/ijyDaZKL7G