Ugo Ehiogu- A commemorative piece on a man who had such a profound impact on Spurs’ academy: 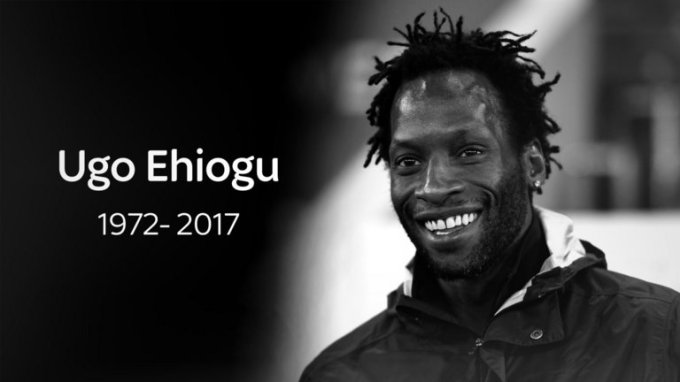 Last Friday, the footballing community woke up to the shocking news of the sudden passing of former England international Ugo Ehiogu. Ehiogu was one of the finest English centre halves of his generation, a player who was admired by so many, the Hackney born defender who won four caps for his country, enjoyed famous spells with Aston Villa and Middlesbrough where he won two league cup trophies. Regarded as a legend by both Villa and Middlesbrough supporters for his terrific defensive qualities, Ehiogu went on to play for a host of other top clubs. Ugo was our much respected under 23’s head coach, a talented young coach, Ehiogu coached our development side on a permanent basis since 2014, having joined our academy coaching staff on a part time basis a couple of years earlier. Since taking the job of coaching our under 21’s as they were known then, Ehiogu instilled Pochettino’s footballing philosophy into his team, playing with a high pressing style of play. It was just three weeks ago that I had seen him on the touchline at Goodison park for Spurs under 23’s in their game against Everton. Just as I had seen him many times before over the past few seasons, Ehiogu’s coaching had a profound impact on the development of all those that he had coached, Tottenham academy graduates both past and present. Ugo Ehiogu was a winner, and his winning mentality was always evident on the touchline, even if we were 3-0 up and we had just squandered a chance, he’d always be looking for his team to extend their lead, his passion and enthusiasm for the game was infectious.

Often animated from the dugout, Ehiogu was a great communicator to his players, it was clear to see he was a great motivator to them. What I admired most about Ehiogu as a coach was his fighting spirit, and he had implemented that fighting spirit into every single one of his players, whether we were trailing 4-0 to Liverpools under 23’s in the opening half an hour of a game, Ehiogu’s players would fight like pros until the final whistle, playing for more than pride. The tributes came quickly pouring in on Friday morning after news of his death broke, what was particularly touching was the messages from his players both past and present, their appreciation for him on their immense development as players and as people. Pochettino added: “Ugo was a lovely man and we had a very good relationship from the first day we [my coaching team] arrived at the club. He was always a person who helped us a lot and we will miss him greatly. I send all my love to his family and friends at such a difficult time. It’s a huge loss both personally and for all the Tottenham Hotspur family.” From the many games I had watched Ugo coach in, personally I have no doubt that he would have gone on to become a great manager, he enriched our blossoming academy and helped to bring through the likes of Harry Winks and Josh Onomah to the first team, his passing is a huge loss to our club and football in general. My sincere condolences go to his family and friends at this terrible time. RIP Ugo.
His last tweet was the measure of the man: