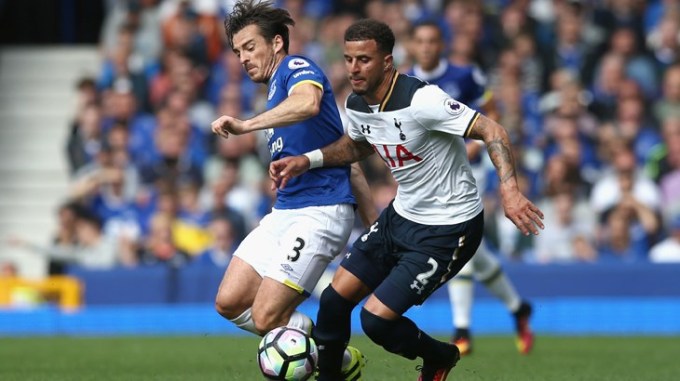 This afternoon Mauricio Pochettino’s Spurs side take on Everton at the Lane in what is yet another crucial match for the Lillywhites. We’re a team in fine form and our home form has been nothing other than exceptional, but the toffees will provide a tough test today, their beginning to flourish under Ronald Koeman and their unbeaten in their last 9 league matches. And with one of the leagues finest strikers in Romelu Lukaku, Spurs will have to bring their A game for today’s encounter if they are to achieve maximum points. A well structured and defensive side, the blues have talent in numbers and I feel as if today’s match will be won in the midfield with Mousa Dembele and Victor Wanyama up against the talented Morgan Schneiderlin and Idrissa Gueye, Im hoping our midfield prowess will pay off. We faced Koeman’s side on the opening day of this season, that match ended in a 1-1 draw and it emphasises the task were up against today, if we can get an earlier goal or two like we done against Stoke, then I believe we would go on to dominate the game, but the longer the game drags on goalless, the tougher the task becomes. Nonetheless I am confident going into today’s game and I’m predicting Dele Alli to be the difference today, we need to win the match but against today’s opposition it’s easier said then done, but at the Lane we’re almost indestructible. COYS

My predicted scoreline: 3-1 to Spurs courtesy of goals from Dele Alli x2 and Harry Kane.

One to watch: One of the leagues most inform strikers, Romelu Lukaku. The powerful Belgian centre forward is currently the leagues joint top scorer with Harry Kane on 17 goals.