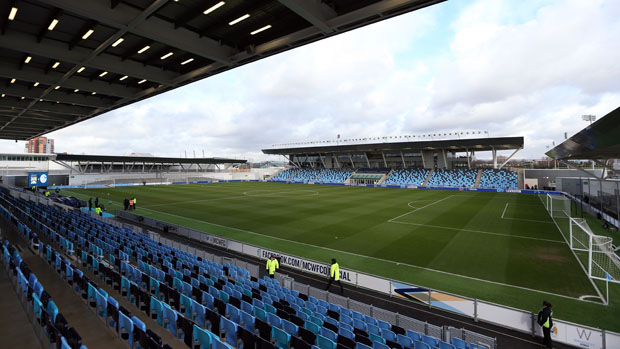 Our development squad are in action this evening, as Ugo Ehiogu’s side face Manchester City under 23’s in the PL2. The citizens development side sit second in the PL2 table and have unsurprisingly been one of the best teams this season, boasting such a talented crop of youngsters, which includes such players as Paolo Fernandes, Brahim Diaz and Issac Buckley-Ricketts. Our youngsters are hovering just above the relegation zone and Ehiogu’s side need to be getting wins on the board, despite losing only on their last five matches, Spurs have only won three league matches all season. And the Lillywhites face a side that have invested heavily in youth over the past few seasons, and their current under 18’s side is in my opinion the best in the country along with the under 23’s side. A bit of injury news regarding winger Anthony Georgiou, I saw Georgiou last Friday at Hotspur way and he was walking with a limp as he sat out our 2-2 draw with Chelsea, so I presume he won’t be available tonight. Let’s hope the youngsters can get back to winning ways tonight we’ve been unlucky this season but the development side have gained plenty of valuable experience so far. I will be writing a match report for this evenings game, which will be published later tonight. COYS⚽️

In other news, I’m hoping that our under 18’s home match against Norwich in the fifth round of the FA Youth cup, will be played at the Lane as oppose to the less accessible Lamex stadium in Stevenage. There was a great support at Loftus road in midweek as our youngsters triumphed against QPR in round four, and I’m sure there would be a good crowd at the Lane. Playing at the Lane would also be a great experience for the 18’s.
My team prediction: (4-2-3-1) Glover, Walker-Peters, Maghoma, Walkes, Ogilvie, Amos, Stylianides, Tracey, Pritchard, Oduwa, Harrison.

My score prediction: 3-2 to Spurs, courtesy of goals from Maghoma and Harrison x2.

One to watch: Brahim Diaz. The 17 year old attacking midfielder possess great skill and agility, and the Spain under 17 international has netted on three occasions in the PL2, this season.

The boys are ready – are you?