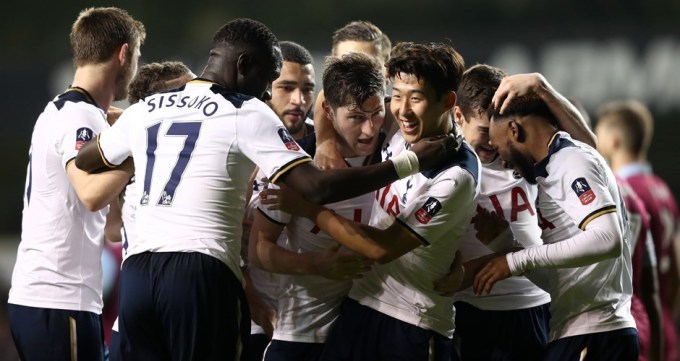 Spurs progressed to the fourth round of the FA cup this afternoon, after Mauricio Pochettino’s side recorded a comprehensive 2-0 victory over Aston Villa, at the lane. It was an awful first half at a full White Hart Lane, one of the worst halves of football I have ever witnessed. Both sides lacked creativity, shape and failed to inspire, the one positive from an uneventful first half, was Harry Winks. Winks was the best player on the pitch, his passing slick, his vision good and his movement superb. Nil nil at the interval, Steve Bruce’s Villa side here to frustrate Spurs.The second half started slowly, much like the first, Spurs controlling the game but unable to create any clear-cut chances. 65 minutes in Villa came close to breaking the deadlock from a freekick the ball fell to Baker who’s shot was expertly blocked by Carter-Vickers, before coming out to Agbonlahor whose tame effort was saved comfortably by Vorm. However, just a couple of minutes later and after some tactical changes Spurs finally broke the deadlock through a most unlikely source. The newly introduced Nkoudou crossed the ball into Davies in the box, and the Welshman smartly headed the ball low into the far corner of the net. After 69 matches Ben Davies finally got his first ever goal for Spurs, to cap off a lovely piece of play, 1-0 to Spurs! 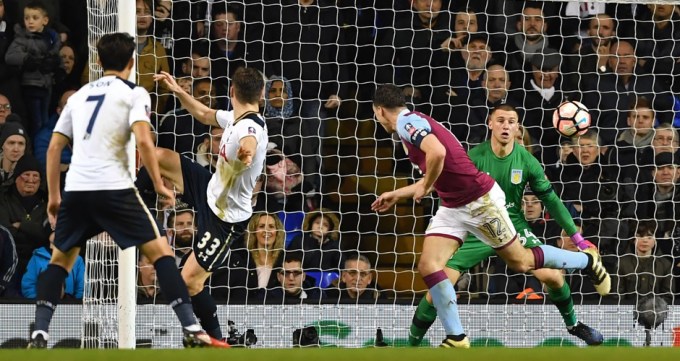 Eight minutes later Spurs should have doubled their advantage after Sissoko was found unmarked in the left side of the box, with only Johnstone to beat but Sissoko’s effort lacked power and was stopped by the goalkeeper. Just a minute later Sissoko turned provider after the France International found Son in the box with a good cut back pass, and Son was clinical side footing the ball into the back of the net to double Spurs’s lead. Deep in stoppage time the recently introduced Onomah almost created Spurs’s third of the game, finding Son in the box after driving forward, but Johnstone came rushing out to take the ball from Son’s feet. The final score Spurs two Aston Villa nil, it may not have been a classic but it doesn’t matter we’re in the hat for the fourth round of this wonderful competition. COYS 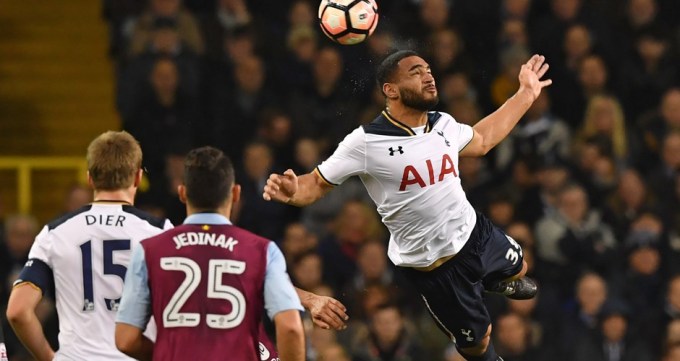 Harry Winks was my man of the match (see below) but another player I was really impressed with was fellow academy graduate Cameron Carter-Vickers. The 19 year old had a great match in defence, composed, dominant in their air and decisive. Carter-Vickers was a big factor behind our clean sheet, the USA international has such a big future in the game.
My man of the match: Harry Winks, the young midfielder was superb his passing so slick and precise, Winks ran the midfield and his movement and vision were first rate. 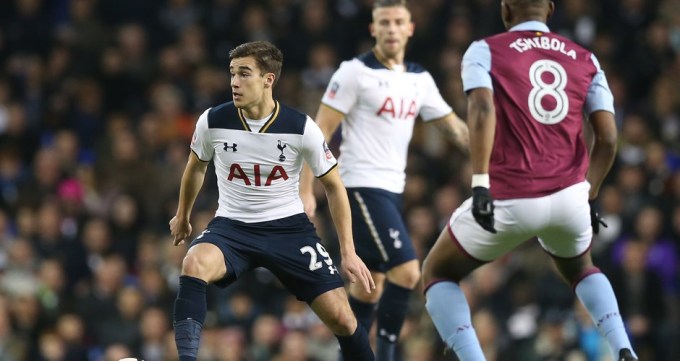 Been looking forward to this one 👏👏 #coys pic.twitter.com/m4s4V7Reuq

1 – Ben Davies has scored his first goal for Tottenham in what is his 69th game for the club. Unlikely.

8 – Son Heung-Min has scored as many goals this season as his previous campaign for Tottenham. Refreshed.