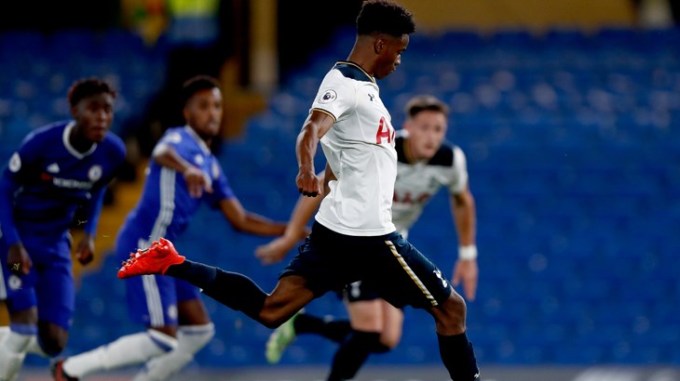 Yesterday our under 23’s side were defeated 3-1 by Chelsea under 23’s at Stamford bridge in the PL2 in a game in which the hosts quality showed despite a good effort from the young Lillywhites. For the vast majority of the first half the game was pretty much level pegging, with Spurs doing an excellent defensive job in containing the blues who were playing a possession based game. Tom Glover was forced into action on 37 minutes after Christie Davies hit a low range shot from the edge of the box which the alert Glover dealt with well as he got down to make a fine save. Ten minutes in to the second half Chelsea broke the deadlock after being awarded a penalty following Maghoma bringing down Quintero in the box, with Jay Da Silva converting from the spot to give the blues the lead. Six minutes later Chelsea doubled their lead through Christie Davies who tapped home from close range following a good save from Glover after Kyle Scott hit a powerful effort from close range which Glover parried into the feet of Christie Davies who tapped home. 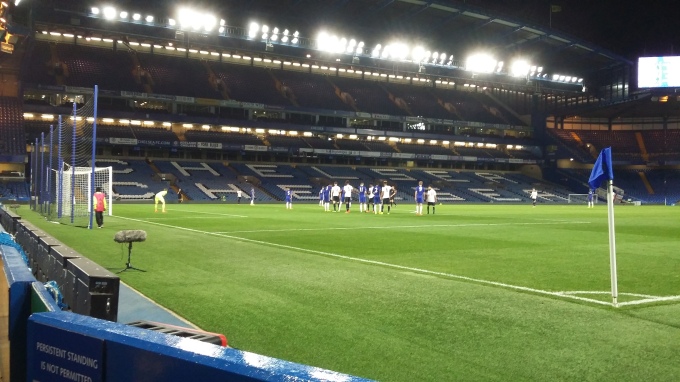 Chelsea put the game out of reach in the 73rd minute after right back Fikayo Tomori got the blues third goal of the game. Following a smart back heel from Mason Mount inside the box Tomori tucked the ball into the far corner of the net to make it 3-0 to Chelsea. Deep in stoppage time Spurs got a goal back through striker Shayon Harrison who scored a penalty, following Edwards being clipped in the area by Dasilva . Harrison hit a powerful low effort from the spot which nestled in the bottom right hand corner of the net, the final score Spurs u23’s 1-3 Chelsea u23’s. Despite the scoreline there were plenty of positives to take from the game, and some good individual performance from a younger than usual side. Chelsea’s defence was top class and our youngsters found it hard to break them down. I thought Tom Glover was our best player, the Australian goalkeeper made some excellent saves throughout the game. In addition Ryan Loft was extremely impressive when he came on in the second half, the striker who was our top scorer for the under 18’s last season was unlucky not to score after a good solo effort. Loft was fast, hard working and strong and he has a bright future at Spurs. 16 year old Tashan Oakley-Boothe made an impressive debut for the under 23’s when he came on in the second half also the skilful Samuel Shashoua had an impressive debut for the under 23’s at the bridge. Up next for Ehiogu’s side is Liverpool at the Lamex stadium on Monday the 19th of September.