This afternoon a spurs side which included both senior and development squad players defeated Rotherham United 3-1, in a behind closed doors friendly at Hotspur way. However, it was the millers that took the lead courtesy of a Danny Miller goal on 17 minutes, after an intelligent finish. Pochettino’s side pulled level on the 59th minute courtesy of Vincent Janssen’s first goal for the lillywhites. Janssen got on the end of Trippier’s low cross before smartly slotting home. Our talented young forward Shayon Harrison put spurs ahead on the 82nd minute after the youngster converted from close range after a good run by spurs starlet Marcus Edwards on the right wing helped create the goal. It was Edwards who confirmed our victory three minutes from time after the youngster done well to win back the ball on the byline, Edwards turned away from the nearest defender, before firing the ball high in to the net from an acute angle. It was an impressive victory for spurs with many of the youngsters impressing throughout, the players that I am aware played are as follows: Tom Glover, Kieran Trippier, Victor Wanyama, Ryan Mason, Nacer Chadli, Marcus Edwards, Shayon Harrison and Vincent Janssen. Up next for Spurs are Juventus in the international champions cup next Tuesday in Australia, some of the youngsters that played today are expected to travel. 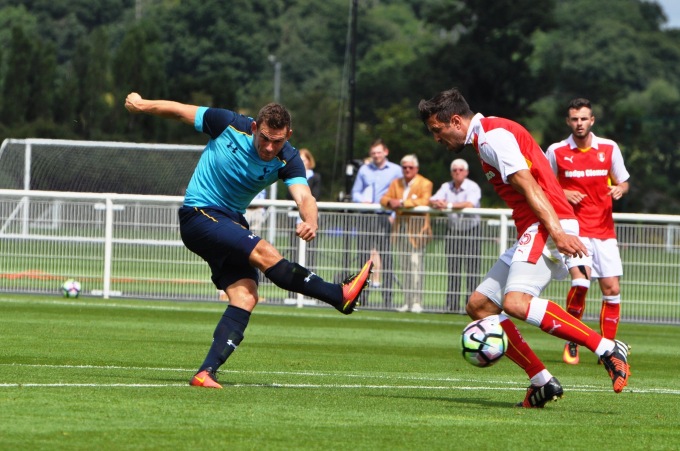