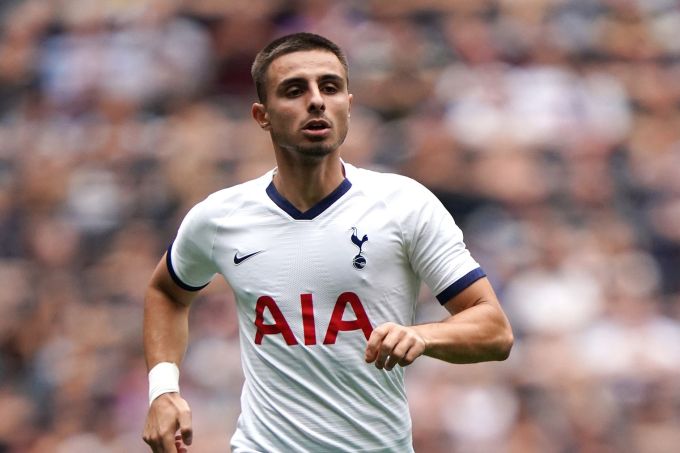 On Friday afternoon  it was officially announced that Spurs youngster Anthony Georgiou had joined league one side Bolton Wanderers on loan until the end of the season. Georgiou (22) had previously been on loan at Ipswich Town where he had made 13 appearances for the ‘ Tractor Boys ’ in all competitions. Frustratingly for Anthony he wasn’t handed many starts, despite doing well when he had played for Paul Lambert’s side. Anthony joins a Bolton side who have had a very difficult season owing to a points deduction at the beginning of the campaign. The Lancashire based club currently occupy 24th place in the league one table and are very likely to be relegated to league two. However, with a good manager in charge of the club (Keith Hill) and some talented players on their books they could still finish the season strongly despite their recent poor form. Cyprus international Georgiou, is for those Bolton fans wondering, a traditional left winger who has great pace. Georgiou loves to take players on, and with his searing pace, good dribbling rate and high work rate he usually enjoys good success down the left flank. This is the 22 year olds third loan move after spells at Atlético Levante and Ipswich Town, and I think this is the perfect opportunity and platform for him to impress. Bolton don’t have the biggest of squads and this should help Anthony get consistent playing time, which is what the talented youngster so desperately needs.

The former Watford schoolboy who is from Lewisham in South London, is my favourite ever Spurs youth player. This is down to his exceptional work rate, and exciting and unpredictable style of play. Georgiou is in many ways a very traditional winger as I had previously alluded to however, he is very well disciplined and can drop back to LB if he needs to, as he showed for Spurs’ first team in pre-season and on countless other occasions for our development side over the years. However, I would hope that like with his spell with Ipswich, that he will play in his natural position which is out on the left wing. Apart from his excellent pace, good dribbling ability and high work rate. Georgiou also has a very good left foot on him and he whips a wicked cross into the oppositions penalty area. This is something which could really help veteran Bolton striker and Irishman Daryl Murphy (36) who is very good in the air. I remember at under 18 level Georgiou had a great relationship with striker Shayon Harrison on the field, assisting him on numerous occasions throughout the 2013/14 and 2014/15 seasons. Anthony will be competing with fellow left wingers Joe Dodoo (24) and Dennis Politic (19) for a place in the Bolton starting eleven and I have no doubts what so ever that he has the ability to become a key player for Bolton from now until the end of the season. This is a wonderful loan move for Anthony who becomes one of many players to play for both Spurs and Bolton (the legendary George Hunt is the player who first comes to mind). I would like to wish Anthony all the very best of luck for this loan move, and I look forward to following his progress closely at the league one club during the remainder of the season.