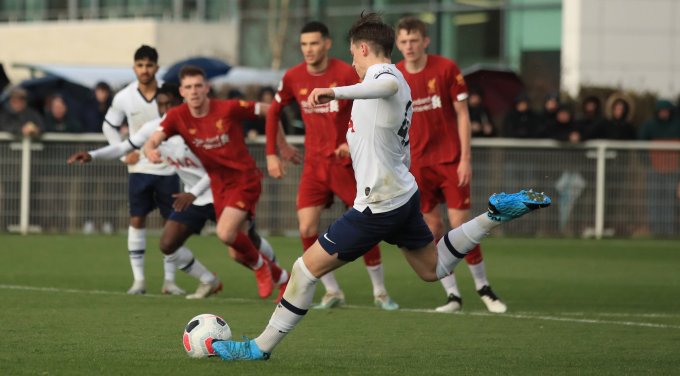 Our under 19’s will take on German side Bayern Munich on Wednesday afternoon in their final UEFA Youth League group stage game of this season. Ryan Mason’s side need to better Serbian side Crvena zvevda’s result against Olympiacos to progress to the play off round of the competition. That’s a tough ask for Spurs who face a big test at Bayern Munich’s training facility tomorrow afternoon (the game is live on BT Sport). The opposition, Bayern Munich sit at the top of group B and they have already comfortably qualified for the next round of the competition. Boasting a wealth of attacking talent, two of Bayern Munich most dangerous attacking players to look out for are attacking midfielder Malik Tillman (he has scored ten domestic goals this season) and physical Dutch centre Joshua Zirkzee. Meanwhile, Spurs will likely be without a number of their most important players on Wednesday due to possibly being part of the first team squad for their game (notably Troy Parrott). This will be a tough game for the lads however, I wish them all the very best of luck for it.

My one to watch: Bayern Munich’s 18 year old Dutch centre forward Joshua Zirkzee who has netted four goals from three appearances in this competition this season. Zirkzee impressed in the reverse fixture at Hotspur Way.