Some notes on Spurs loanee Jack Clarke’s performance against Millwall under 23’s: 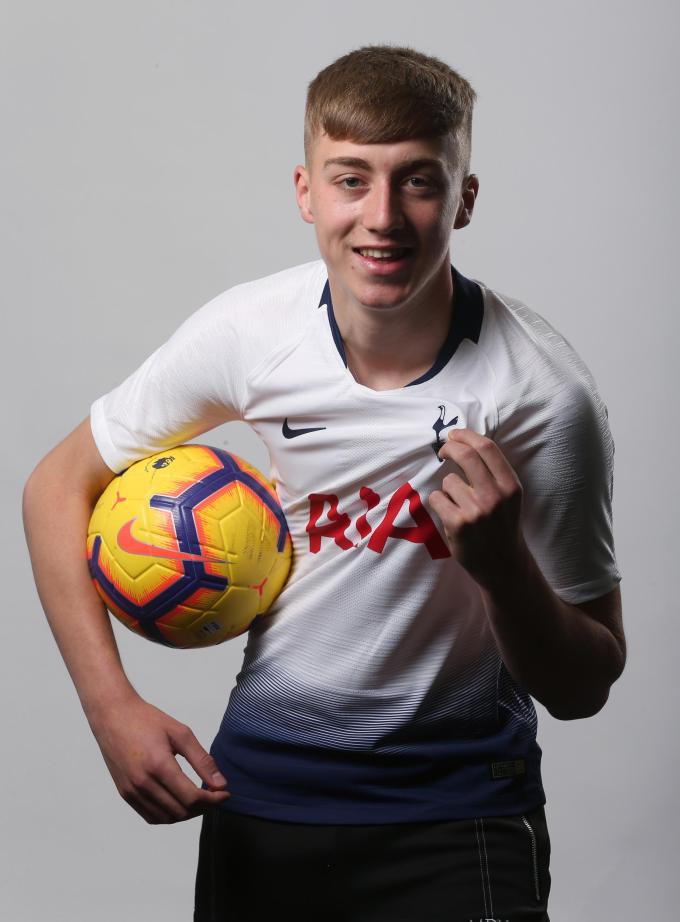 (This photograph is from Tottenham Hotspur FC)

Spurs loanee Jack Clarke (18) was in action for a strong Leeds under 23’s side on Monday afternoon, when they took on Millwall at Thorp Hatch in a league fixture. Clarke completed the entirety of the ‘ Whites ‘ 3-2 victory over the south London club in what was an entertaining game of football. In the following piece I will be going through Clarke’s performance in chronological order. The York born winger started the game out on the left wing as Leeds played in a 4-2-3-1 formation. Early on in the game Clarke picked the ball up on the left flank and he quickly whipped a dangerous low cross into the Millwall box. The ball ran through to Jordan Stevens who fired the ball over Ryan Sandford’s crossbar. A couple of minutes later the involved Leeds winger did well to keep Jamie Shackleton’s long pass in on the left flank. After keeping the ball in play, Clarke dribbled into the Millwall penalty area before playing a quick one two with Gianni Alioski and having a poked effort on goal saved by Ryan Sandford, before the Spurs man had an effort blocked by Sam Skeffington on the edge of the Millwall box. After Gianni Alioski won a free kick out on the left flank, Jack Clarke whipped the ball past everyone in the box and out for a throw in on the far side. A couple of minutes later the speedy teenager received the ball down the left flank after latching onto a pass from Alioski. Clarke dribbled into the Millwall penalty area before passing the ball to Alioski who quickly laid the ball off to Jamie Shackleton who fired the ball over Ryan Sandford’s crossbar. Clarke then whipped a teasing cross into the Millwall box but it was cleared away by Topalloj. Clarke was hugging the left touchline during the opening stages of the match, and he was also tracking back well after him. Clarke was involved again shortly afterwards, this time the winger received a pass from Alioski’s down the left side of the Millwall box. He jinked inside onto his right foot before laying the ball off to Jamie Shackleton whose resulting low drive on goal was deflected behind for a corner kick. Leeds took the lead a couple of minutes later.

Shortly after the restart Clarke picked the ball up on the left flank, he then drifted inside before letting fly on his right foot on the edge of the Millwall box. Clarke’s powerful effort was parried by Ryan Sandford before being cleared away by a Millwall defender. The 18 year old had linked up really well with left back Gianni Alioski during the first half and he was also pressing the Millwall defenders well. Clarke started the second half out on the right wing. After Leeds had won a free kick on the edge of the Millwall penalty area, the 18 year old winger elected to take it, but his effort struck the one man Millwall wall.  About five minutes later Jack Clarke helped to create the ‘ Whites ‘ second goal of the game. After picking the ball up deep inside his own half Clarke went on a surging run through the middle of the park, before playing a lovely defence splitting pass through to Jordan Stevens down the left flank. Stevens then whipped a low cross into Arsenal loanee Eddie Nketiah in the Millwall box and he managed to slot the ball into the bottom left hand corner of the goal to make it 2-0 to Leeds. A couple of minutes later Jordan Stevens fed the ball into Clarke down the left side of the Millwall box. Clarke spun around before forcing a decent save out of Ryan Sandford with a curling effort. After winning a free kick moments later out on the right flank, Clarke elected to take it but once again his effort struck the Millwall wall. Clarke then whipped in a promising corner kick into the Millwall box but it was cleared away by a defender. The 18 year old whipped another corner kick into the danger zone a couple of minutes later. This one was headed wide by Gaetano Berardi. Leeds were dominating possession although Millwall did pull a goal back through George Alexander. Millwall then got an unexpected leveller a couple of minutes later, through Mitchell. A couple of minutes later Clarke did well to keep in a long pass from Gaetano Berardi down the left flank. Clarke then did a couple of step overs before sending in a whipped cross into the Millwall box which was pushed away by Ryan Sandford, before being fired over the crossbar by Jamie Shackleton. Leeds netted a late, late winner through Mateusz Bogusz before the referee blew his whistle for full time.

This was another very positive performance from the traditional young winger, albeit at under 23 level. What I like about young Clarke is that he is always looking to influence the game and with his directness and skill he usually does exactly that.