Some notes on Spurs youngster Anthony Georgiou’s performance against Scotland: 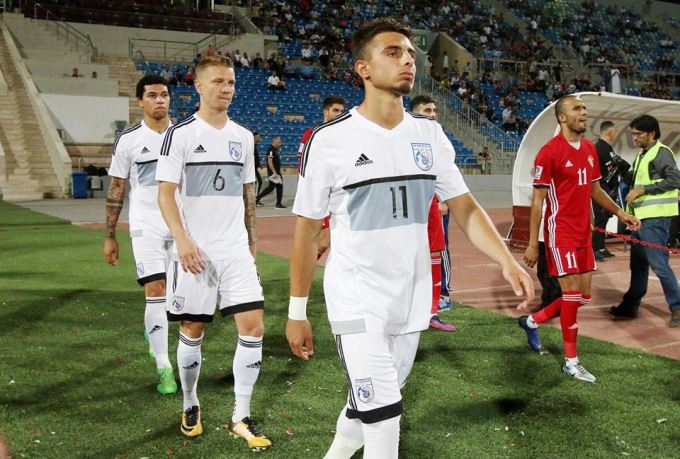 Spurs youngster Anthony Georgiou was in action for the Cyprus national team on Saturday night when they took on Scotland at Hampden Park, in a Euro 2020 qualifier. I traveled up to Scotland’s national stadium to see how our speedy left winger got on for his country, on what was his fifth cap for Ran Ben Shimon’s team. Georgiou came on in the 66th minute of Saturday’s game after he replaced 18 year old Michalis Ioannou out on the left wing with the scores at 1-0 to Scotland. Georgiou was back defending and helping out left back Margaca during the first few minutes of his time on the pitch. Anthony’s first involvement of the game came from a corner kick which he delivered. The 22 year old drove the ball into the Scotland box but it was cleared away by defender Charlie Mulgrew. The Lewisham born winger continued to track back well after him and press the Scotland players well. Then in the 86th minute of the game the Spurs man managed to latch onto goalkeeper Urko Pardo’s long kick up field. Georgiou then darted forwards down the left flank and into the Scotland box where he hit the ball off of Stephen O’Donnell to win a corner kick, a corner kick which he would take. Georgiou sprayed the ball into the box and he managed to pick out the head of Ioannis Kousoulos who directed the ball into the far right hand corner of David Marshall’s goal to make the scores level. Following Cyprus’ equaliser Georgiou was now playing at left wing back and I noticed that he was barking out instructions to his teammates. Unfortunately for Georgiou and his teammates Scotland regained the lead less than two minutes later through Oliver Burke who cruelly scored the winning goal in the 89th minute of the game. Cyprus tried to respond and after Georgiou was given the ball by Efrem the Spurs man sped away from his man before winning a corner kick after hitting the ball off of Stephen O’Donnell. However, Anthony’s resulting corner kick failed to pick out any Cyprus players in the box and it eventually came to nothing. Once again the animated Georgiou could be seen giving out instructions to his teammates during the final moments of the game as Scotland held on to record a lucky 2-1 win over Cyprus. During his 28 minutes on the pitch Georgiou’s pace and directness caused Scotland’s Stephen O’Donnell a number of problems down the left hand side of the pitch and had he have started the game then Cyprus would have offered far more of an offensive threat. Next up for Georgiou and Cyprus is a Euro qualifier against Russia on Tuesday. I would be very surprised if Anthony didn’t start that game. In my opinion the 22 year old is Cyprus’ best player!