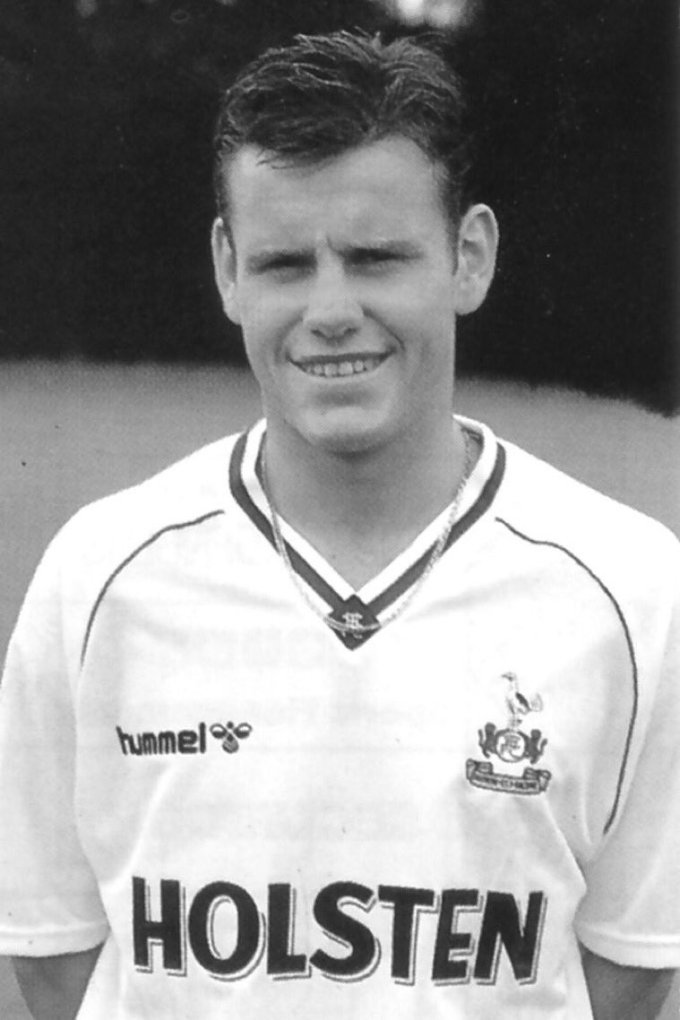 I caught up with former Spurs man and youth team player Andy Polston on Monday afternoon to look back on his time at the ‘ Lilywhites ‘. One of two brothers along with the better known John who featured for our first team over a dozen times. Andy featured only once for Spurs’ first team, that came in a league game against Crystal Palace when he made Spurs history by playing with his brother John. The former defender who kindly agreed to doing an interview with me, was in the Tottenham youth team during the 1980’s and he made his one and only appearance for the first team in 1990. Andy would later go onto play for the likes of Gillingham, Boreham Wood and Brighton. It was a real pleasure catching up with the former Spurs defender.

What are your earliest memories of your time at Spurs?

Andy: I think I was there from 11 years of age training on a Monday night and then it went onto a Tuesday and Thursday night. Then once I moved up I got offered a YTS, so probably my earliest memory was sort of being spotted by a scout and then following the path. The aim was to get in the youth team, once you got in there it was about the reserves and obviously then the big ambition was to play in the first team which obviously is limited, due to homegrown players.

How did you come about joining the club?

Andy: Basically I was playing Sunday morning football and there were Tottenham scouts watching different games over the borough. A scout watching me play then invited me to come to Spurs on a Monday night and the progression just went from there.

What was your time at the Lilywhites like on the whole?

Andy: It was enjoyable! Of course you have your ups and downs don’t get me wrong but in general my overall time from signing at 15 to leaving at 22 was happy.

Did you have any footballing heroes/inspirations and if so who were they?

You made your first team debut for Spurs in a 1-0 defeat to Crystal Palace on the 3rd of March 1990. What are your memories of that day and how it came about?

Andy: I’d been training in the first team squad a couple of weeks before that but I got called up then on the Saturday when they had a squad of about 14, 15. I think I then traveled to an away game which I can’t remember who it was against, but I never made the bench. I was then in the home squad the following week and then I was on the bench and then it was my debut. Obviously it was every kids dream to play in the first team but it was also a special day because my brother John was playing as well, so for two brothers to play for the first team it was a fantastic day for me and obviously for my family as well.

Could you describe to me what type of player you were and what positions you played in for Spurs during your time there?

What was it like to brush shoulders with some of the legendary players that were around at Spurs at the time?

Alan: It was great but when you’re training every day around them it’s not such a big deal and I don’t mean that in a horrible way. However, it’s just like going to work everyday. At the time it was Gary Lineker, Paul Gascoigne and Gary Mabbutt and in everyone else’s eyes they were heroes, but for us they were just teammates and I was never in awe of them.

Who were your greatest influences at Spurs?

Andy: It’s sad actually because of the news today but it has to be Chris Hughton because he was a defender who would always look out for the youngsters. If you ever had a problem he would help you out and I can remember when Spurs offered me my second contract and I went to ask him what he thought and he was very good to me.

Were there any players at Spurs who you would watch closely to try and improve your game or look to learn from?

Andy: Being a defender you’d always keep an eye on who was in the current team, such as the two centre halves or the right back to see how their game was compared to yours.

Could you talk me through some of your favourite memories of your time at Spurs or ones which particularly standout within your memory?

Andy: Obviously making my debut was the highlight at Spurs but also going on a pre season tour with the first team and playing in front of quite big crowds was another good memory.

What was the greatest moment of your footballing career?

Andy: I would say when I was playing in the first team for Spurs because that is what I set out to do as a young kid, but through injury it didn’t go the way I wanted it to go, but that’s life and you move on.

Andy: Paul Gascoigne was as good as anybody but I’ve got to say I did play in a testimonial for Bill Nicholson for the current Spurs team as it was then, against the 1981 FA Cup winning team and Glen Hoddle played in central midfield and his through balls with back spin to set both Archibald and Crooks through on goal were unbelievable, and it was a real eye opener.

Could you talk me through some of your favourite memories of your time in the Tottenham youth team?

What prompted you to leave Spurs and could you talk me through your career after you left the Lilywhites?

Andy: Well my contract was coming to an end and I was always injured because I had a groin problem which was later diagnosed as a cut tendon and so that was that. After Spurs I went to Brighton for six months but I never really recovered from the operation that took place and it took me a long time to get over that. I then played a couple of games for Fulham on trial but I wasn’t really at my best to be honest. Unfortunately I ended up going part time which was just the way of the world really.

What was it like to play, train and make Spurs history with your older brother John?

Andy: It was wonderful and to this day were still the only brothers to have played for Spurs since 1990 and I personally don’t think that will change in my lifetime. However, I hope someone does break it.

Were there any players at Spurs who you were particularly close to?

Andy: In the youth team it would have been Kevin Dearden who was a good lad and also Ian Gilzean. Also Justin Edinburgh who I was assistant manager with when he took his first job with Billericay Town.

Andy: The number one thing is that you’ve got to have a lot of ability to get into the first team, but I think that it’s all about the desire and the attitude of the player, as well as luck.

After all these years how do you look back on your time at the Lilywhites and is Spurs a club who you still hold close to your heart?

Andy: I follow football don’t get me wrong but I’m not one of those people who gets down in the dumps if Spurs lose. I look out for Spurs and West Ham’s results so I’m not a one man team!