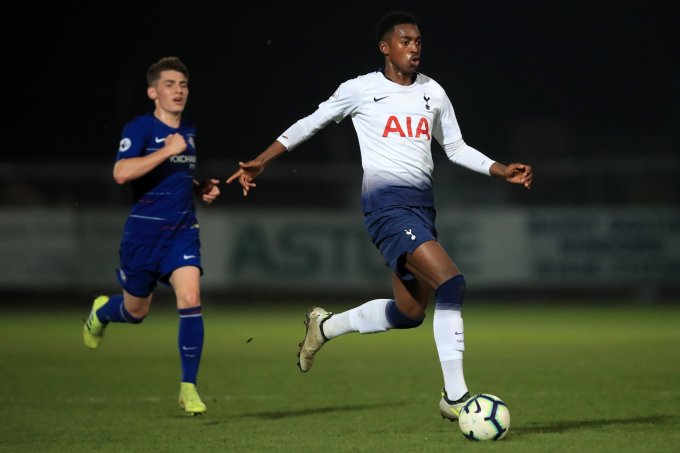 After putting in a heroic performance against Chelsea last Friday evening to record a 1-1 draw despite playing with ten men for the majority of the game, Wayne Burnett’s side will be hoping to go one step further on Friday when they travel to the East Midlands to face Leicester City. Our match against the ‘ Foxes ‘ at Holmes Park is the first of four cup finals for our under 23’s who will be hoping to secure their first division status before their final league game against Derby County in April. Steve Beaglehole’s Leicester City side occupy fourth spot in the league table, ten points off of league leaders Everton. Beaglehole’s side have lost their last three PL2 matches but they will be hopeful that they can return to winning ways against Spurs. Leicester’s home form has been good this season, and the 2017/18 PL2 title contenders have won an impressive five of their nine home league matches this campaign. Spurs on the other hand have the worst away form in the league. The reverse league fixture back in October was one of our under 23’s best performances this season. They overcame a Leicester side which fielded both Andy King and Danny Simpson, the young Lilywhites put in a superb defensive performance that day. One player who struggled to make an impact against our defence in that match, was former Spurs player Ryan Loft. Many of you will remember the burly centre forward from his time in our under 18’s side. Loft is yet to find the back of the net for the ‘ Foxes ‘ in the PL2 since making the move from North London last summer. The former Ebbsfleet schoolboy has made 16 league appearances for Beaglehole’s side so far this season, and his aerial presence will make like difficult for the young Spurs defenders on Friday. Some of the ‘ Foxes ‘ other danger men include attacking midfielder Layton Ndukwu who has scored three goals from six league games this campaign. 18 year old winger Tyrese Shade is another player to keep an eye on, as are defenders Calvin Ughelumba and Alexandru Pascanu.

Over recent seasons Leicester’s development side have had a very strong defence and they have been historically difficult to break down. Last season Beaglehole’s side defeated us 6-1 at Holmes Park, in a game which Spurs ended playing with nine men following the second half dismissals of Oliver Skipp and George Marsh. Wayne Burnett’s side will most likely include a number of players from the under 18 squad on Friday, with first year scholars J’Neil Bennett, Harvey White and Dennis Cirkin all likely to play. All three of those players were excellent against Chelsea in our last match. I will be heading off to to Holmes Park on Friday afternoon straight from Hotspur Way, as I will be reporting on our under 18’s league game against Southampton in the morning. I would like to wish Wayne Burnett’s side all the very best of luck for this important league match.

My one to watch: The ‘ Foxes ‘ target man and former Spurs Academy player Ryan Loft. The 21 year old will be eager to impress against his old club on Friday, and his physicality and aerial presence will cause problems for the Spurs defence in the absence of the suspended Japhet Tanganga.