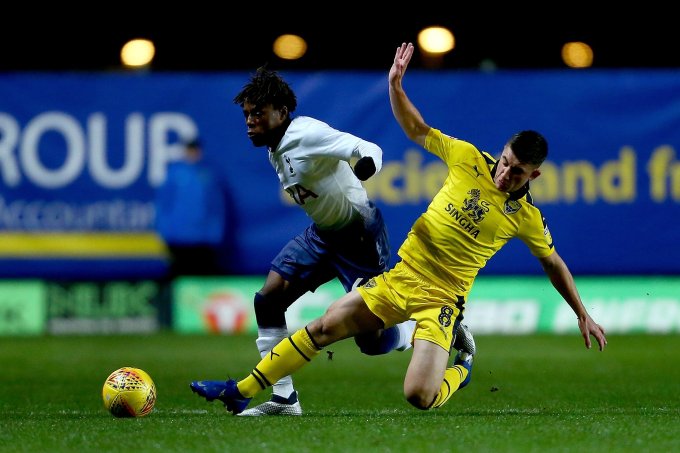 Our under 23’s return to action on Friday afternoon when they face second division side Norwich City at their Colney training ground, in their second group game of this seasons Premier League International Cup. Wayne Burnett’s side sit in second place in Group C after winning their opening game against Wolfsburg II back in December. A win against bottom of the group the ‘ Canaries ‘ tomorrow would leave Spurs in great stead to qualify from the group ahead of their final group game against Athletic Bilbao B next week. This is our development squads last chance of realistically winning some silverware this season, and I’m sure that Wayne Burnett and his coaching staff will be desperate for the lads to get to back to winning ways tomorrow afternoon. Spurs can progress to the knockout stages of the competition by finishing as one of two of the best group runners up. However, a win over David Wright’s Norwich who have a very slim chance of getting out of the group, would leave the young Lilywhites with a fantastic opportunity of topping the group. Tomorrow’s opponents have won only one of their last 14 matches in  all competitions and David Wright’s side currently languish in tenth place in division two. It’s been quite a long time since both of these clubs last met at this level. In fact our last meeting was in the old under 21 premier league when we lost 2-1 at White Hart Lane, a young Kyle Walker-Peters was sent off on that night. The current Norwich side have a number of talented players but the three who I thought have stood out over recent seasons are central midfielder Bilal Kamal, and forwards Anthony Spyrou and Adam Idah. Tomorrow’s match should be a really interesting and competitive affair and I will be intrigued to see if Wayne Burnett’s side will include Netherlands international Vincent Janssen after his impressive performance against West Ham in our last game. I shall be reporting on tomorrow’s game at Colney and I would like to wish all of our lads all the very best of luck for the match.

My one to watch: Ireland under 19 international Adam Idah is a player who I have watched on many occasions for Ireland at youth level and on one occasion for the ‘ Canaries ‘ under 18 side. After making the permanent step up to under 23 level this season Idah has been in terrific form for David Wright’s development side. The pacy centre forward has found the back of the net on nine occasions from 12 league games. The second year scholar who has previously been linked with a move to Manchester United has excellent off the ball movement, and he is a clinical finisher. The Irishman is also very good at holding up the ball and creating chances for his teammates, he is a player who I am a big, big fan of and he is also a player who the Spurs defenders will have to be wary of.