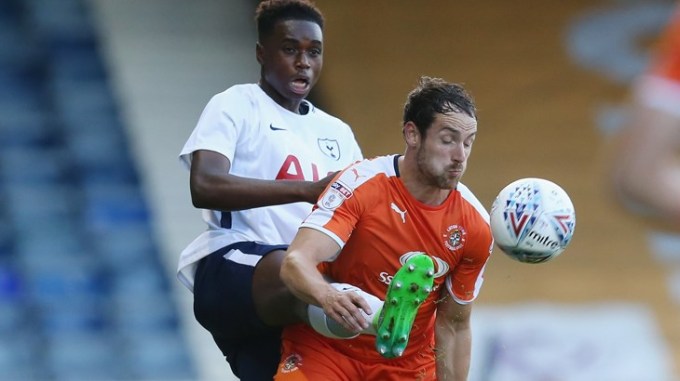 After a long summer break football finally returns for our development side as they make the short trip to face non league side Enfield Town on Monday evening. Ahead of jetting off to France to compete in the annual Tournoi Europeen which starts on Friday. Wayne Burnett’s side minus the nine players who are with the first team out in the states. will be raring to go. It’s a chance to prove themselves to the Tottenham coaching staff in a competitive environment in front of nine hundred or so fans. Tomorrow’s game at the Queen Elizabeth II stadium goes beyond just football, non league Enfield (fan owned) are only a stones throw away from Hotspur way. We have historical links with them stretching back almost 60 years, tomorrows match will hopefully generate a good bit of revenue for the Bostik league side whilst providing our lads with a good competitive test at the same time. We actually faced Enfield in a friendly game back in 2011, Tim Sherwood was the boss then, we lost that game 2-1. Our links with Enfield stretch back to 1950 when we signed fullback Neville Shaw (former A team player) from the now defunct Enfield side. More recent links include two former Spurs youth players who we will face tomorrow, creative midfielder and Enfield’s assistant manager Mario Noto, and former Spurs schoolboy and forward Billy Bricknell. Andy Leese’s Enfield Town side finished last season in 17th place in the Bostik league and they’ll be no push overs for Burnett’s youngsters tomorrow evening. Physicality and experience counts for a lot and I’m sure it will be a very competitive pre-season friendly, with plenty of chances at both ends of the pitch. It will also give many of last seasons under 18 players a taste of development squad football, ahead of the tournament in Brittany which starts on Friday.

I will be reporting on tomorrows game before making the trip down to France to report on our development sides progress in the Tournoi Europeen on Thursday. It’s great to have Spurs back and I wish all of our young players the very best of luck for the forthcoming campaign. Let’s see what this season holds for our talented academy players.

Doubtful: Tom Glover (As far as I’m aware he is still in Australia despite signing a new contract only last month.) Josh Onomah (His admission from the first team squad that traveled to the US on Sunday was a major surprise. However, there must be mitigating factors, I.E: An injury or planned transfer. I would highly doubt the 21 year old will play against Enfield tomorrow, it would be incredibly harsh on him.)

My score prediction: A competitive 2-1 win for the Lilywhites.

One to watch: A former Spurs youth player who I had the great pleasure of interviewing earlier in the year. Enfield’s assistant manager Mario Noto is still registered as a player and remains an important player for the Bostik league club, he will pose a real attacking threat to Burnett’s side.