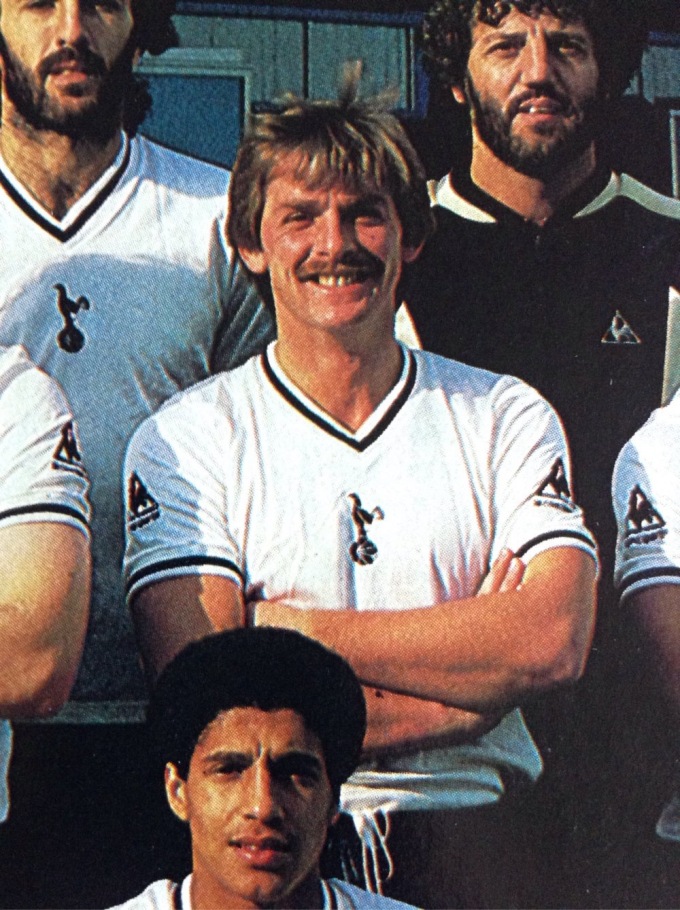 I caught up with Jimmy Holmes to have a brief chat about his career at the lilywhites. A left back by trade, Holmes was full international for Ireland and played at Spurs from 1977-81. Making 80 appearances for the lilywhites before moving to the Vancouver Whitecaps in Canada. Jimmy is now retired from the game and lives in Warwickshire in England.

Jimmy: I played my last game for Coventry at Derby County we won 2-1 when we got back to Coventry I was told by our Manager Gordon Milne, that Bill Nicholson and Keith Burkinshaw were waiting for me at a local hotel and wanted me to join Spurs. I had no idea I was leaving Coventry.

Jimmy: Brilliant, best club I ever played for, very professional.

Were any other players at the club or outside who you’d model your game around?

What was the toughest thing about coming over to England as a youngster and trying to adapt to English football at your first club Coventry City?

Jimmy: Missing all of my mates from John Bosco FC. But Coventry City had a great youth team so I settled down very quickly, I played for Ireland before I played in Coventry’s first team.

Could you share with me your memories of your testimonial at Dalymount Park against a Glenn Hoddle XI?

Jimmy: I can say it was my proudest moment of my life all my family were there. I can recall myself watching Ireland play in Dalymount, and now they were there for me.

Could you talk me through some of your favourite memories from your time at Tottenham Hotspur?

Jimmy: To see Glenn Hoddle progress into a wonderful footballer, a great bloke, and top man. Also having the pleasure to play with Ossie and Ricky, amazing players.

Jimmy: when I broke my leg playing against Bulgaria it took me about a year to recover I was not the same player after that, I went out to Vancouver Whitecaps stayed there for 3 years. Came back played for Torquay, Leicester, and Brentford, then joined West Midlands Police Force in Coventry. I done 23 years in the Police and retired. I have been retired for 8 years and I now drive the Mayor of Nuneaton, where I live.

Jimmy: Playing against Brazil in Rio at the Maracana Stadium.

Jimmy: Of course, Joe Kinnear was one reason.

Could you talk me through the day you made your Spurs debut?

Jimmy: Played at home against West Brom and had a great right winger playing against me, Laurie Cunningham. Good game, 1-1.

As a Dubliner yourself, you may be aware of the highly rated Irish striker Troy Parrott who is currently a part of the Tottenham academy. As a player who came to play in England as a young man, what would your advice be to this latest Spurs starlet as he looks to carve a career for himself at the lilywhites?

Jimmy: I would tell Troy listen and learn and try to be honest in everything that you do. Train hard and don’t leave anything out on the field.