Some post match thoughts on Spurs’ defeat to Manchester United: 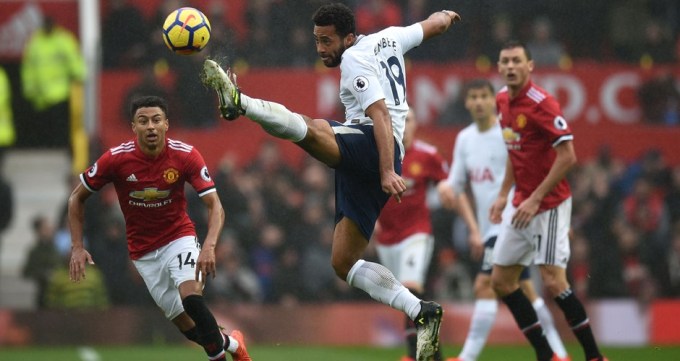 I thought I’d wait for a couple of days before I reflected on our narrow defeat to Manchester United at the weekend. It was a game with few clear cut chances, memorable pieces of play or much cutting edge. The game was to be decided by Anthony Martial’s late winner which was a cruel blow for Pochettino’s side who had done enough to earn a draw. The absence of our talisman Harry Kane was an evident factor throughout, and were he playing, he could well have balanced the game in our favour. But he wasn’t and Pochettino had to learn to adapt to that, playing the inform Son up front in a side which included a fair bit of rotation. As a matter of fact it was a dull game which didn’t throw up too many talking points, our lads managing to grow into the game after a difficult opening 15 minutes. And for large periods of the game we looked the more likely to find the opener, we looked really solid and composed at the back. Though there was an attacking potency missing up top, Pochettino’s side done well to create against one of Europe’s most defensive teams. Eriksen’s lovely lofted ball to Dele Alli inside the penalty area towards the tail end of the game saw Alli unable to quite adjust his body in time as he volleyed wide, in what was our best chance of the game. And from that opportunity came the winner, when minutes later Man United went on a good run down at the other end, which culminated in Martial’s winner.

It was a frustrating game especially after our hugely disappointing defeat to West Ham in the league cup, just a couple of days earlier. But it was one that we could take knowing that our lads had done their all even with limited resources. Very few sides are going to go to Old Trafford this season and come home with any points, our side pushed Mourinho’s team very close. But there’s no time to ponder, we have a massive Champions league game against Real Madrid on Wednesday. COYS