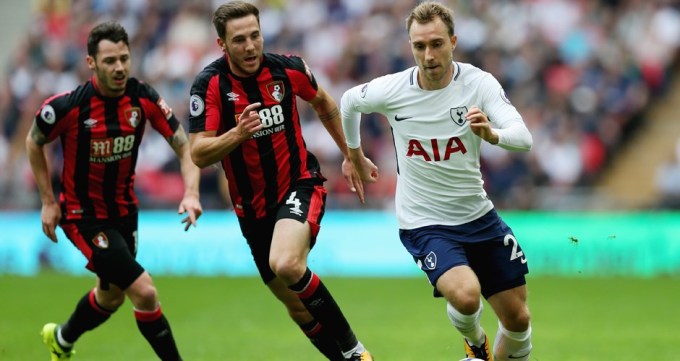 No team came closer to beating us at White Hart Lane than Liverpool last season, Jurgen Klopp’s attacking side stunned us and were desperately unlucky not to have beaten us in the 1-1 draw at the beginning of last season. Over a season later and we host the reds again this time in a mouth watering home match at Wembley, on Sunday afternoon in the premier league. What a game this one is going to be, two of the leagues most attack minded sides facing each other, it promises to be a real treat of a game. Following on from our fabulous draw with Real Madrid in midweek, Mauricio Pochettino’s side will be high on confidence going into this game. However, so will Jurgen Klopp’s side who dismantled Maribor 7-0 in midweek in one of the biggest away wins in champions league history. Though their form can be somewhat erratic, the reds can rip apart any side on their day. Their formidable front three consisting of Mohamed Salah, Roberto Firmino and Sadio Mane is one of the best in Europe, though the latter is injured their attack still provides great pace and creativity, and will really test our defenders especially on the vast Wembley pitch. When the fixtures were drawn up over the summer, this was the one game that I feared the most mainly due to the size of the Wembley pitch and the pace that the Merseyside club posses. Klopp’s side move the ball around very quickly and are devastating on the counter attack, and though they are not the best defensively they have the capabilities to really test us.

Of course with our brilliant recent form and blossoming side, I’m confident going into this game but I feel that a win will still be a tough objective to achieve. Our home form over recent seasons has been pretty dire against Liverpool but I’m hopeful that this game will be an exception, I cannot wait for this one! COYS

My score prediction: 3-2 to Spurs courtesy of goals from Son, Harry Kane and Serge Aurier.

One to watch: Liverpools pacy and skilful Egyptian winger Mohamed Salah has been one of Liverpool’s star players so far this campaign. Since signing from Roma in the summer, Salah has already scored four league goals and has provided one assist so far this season.