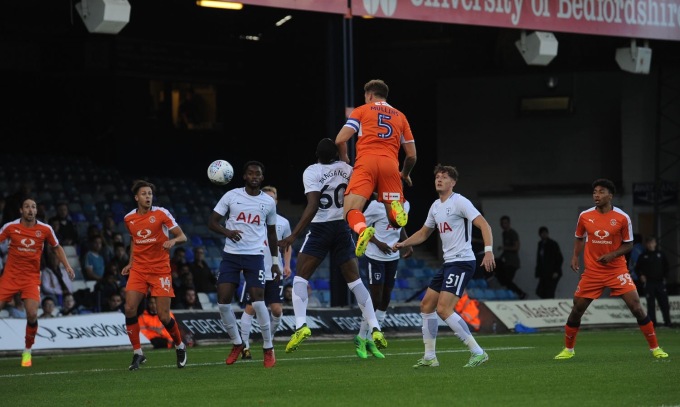 Wayne Burnett’s development side will make the short trip to southwest London on Tuesday evening to face league one club AFC Wimbledon, in their second Checkatrade trophy game of the season. Following on from a valiantly earned point against Luton on game day one, our youngsters know the importance of achieving another positive result if they are to progress to the knock out stages of the competition, though that will be be far from an easy task. The young lilywhites face a Wimbledon side who have struggled for form so far this season with just two wins from their opening 11 league matches. Neil Ardley’s side currently occupy the relegation zone of the division. As if this isn’t a difficult enough contest for our lads, facing a league one side with a team of teenagers, Burnett also has a clutch of players missing owing to the international break. This does however, give an opportunity for a couple of players who have lacked game time this season to feature. I’m really looking forward to this game and I’m sure our lads are too, they relished the test against Luton and I’m sure they’ll replicate that passion for tomorrows cup match. I would assume that Neil Ardley will field a weakened/youthful side for tomorrows game due to them having a league game this coming Saturday. In fact the dons team includes three former Spurs academy players in Andy Barcham, Dean Parrett and George Francomb. COYS

Team news: With the official Spurs site having not published a list of Spurs players away on international duty, the following players who are unavailable for tomorrows game are only ones that have been confirmed by the FA for England duty: Marcus Edwards, Japhet Tanganga, Tashan Oakley-Boothe and TJ Eyoma. Furthermore, I’m assuming that both Jack Roles and Jonathan De Bie have both been called up by their respective countries and will therefore be absent. Tomorrows game could see an opportunity for a couple of under 18’s to feature, both Matt Lock and Jamie Bowden were absent for the under 18 game at the weekend, they could well be in the squad for the Wimbledon game.

My score prediction: 3-2 to Spurs.

One to watch: The dons Montserrat international and striker Lyle Taylor.