Fernando Llorente: A much welcome alternative 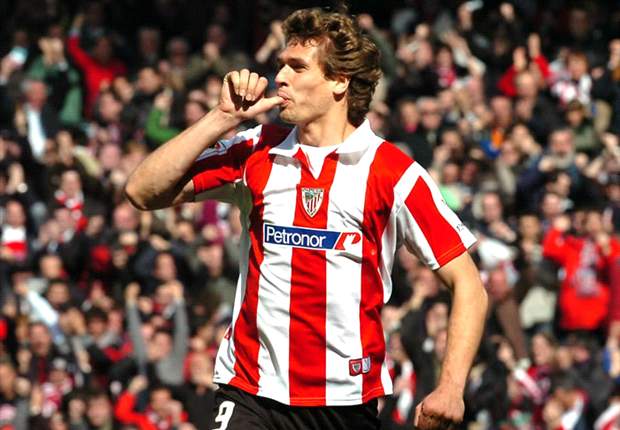 “I’m 32-years-old but I want to learn every day and I think I can learn a lot of things from Harry and the other players. I can learn a lot from Mauricio Pochettino and I will do my best here.”(Fernando Llorente)

I’d be lying if I were say I wasn’t surprised with our deadline day acquisition from Swansea, of 32 year old Spanish striker Fernando Llorente. It was certainly an unexpected move from Spurs to bring in the vastly experienced and highly talented striker who enjoyed a fine season with Swansea last term. Llorente was one of five players to make the move to our club over the summer, in what I believe was a good and productive window for Spurs. The arrival of Llorente on deadline day for an undisclosed fee was even more impressive when you consider the fact that our rivals Chelsea put in a reportedly bigger bid for the Spaniard, though the striker chose Pochettino’s side as his preference. A player who Spurs have continuously been linked with for many years, Llorente was at one time one of the most sought after strikers in the game during his golden years at Athletic Bilbao. The 32 year old who started of his career with La Liga club Athletic Bilbao, enjoyed a fine debut season in the premier league with relegation stricken Swansea last campaign. Llorente scored some pivotal goals to help keep the swans up, the Spanish international managed to find the net on 15 occasions in the league. Seven of them came as a result of a header, a trait for which Llorente is renowned for.

This is a very smart signing from Pochettino, we’ve now got an experienced and proven goalscorer who Spurs can rotate with their talisman, Harry Kane. The signing of the former Juventus and Athletic Bilbao man provides Spurs with a plan B in front of goal. Whilst it is unknown what the longterm future holds for Spurs’ other senior striker Vincent Janssen (23) with the Netherlands international today being omitted from Spurs’ UEFA Champions league squad, the Dutchman who was close to joining Brighton on deadline day, will surely go further down the pecking order. Following Llorente’s switch from the swans. Nicknamed El Rey León (the lion) Llorente operates as a target man upfront, with his physicality and movement in the box making him a highly potent player, but it’s his heading which is Llorente’s greatest attribute. You’ll do well to find a better header of a football then Fernando, he has scored a phenomenal amount of headers throughout his career. Llorente’s a very intelligent player, a player whose experience of winning multiple honours and performing at the highest level, can only add to our squad which is already so rich in quality.

Llorente’s strength and power brings with it a lot of tactical possibilities available for Mauricio Pochettino, the World Cup winner could be brought on late in games in search of a goal if we were going to play the long ball game. Whilst he can also come on and do the opposite (hold the ball up) if we’re winning in the late stages of a game. Llorente could also, potentially link up well with Alli, the Spaniard who is renowned for his link up play, means we could maybe see a Van Der Vaart and Crouch like relationship on the field, but to a much greater degree. I and many other Spurs fans are excited at the arrival of Fernando Llorente, and I for one cannot wait to see him put on the lilywhite shirt of Tottenham Hotspur. COYS