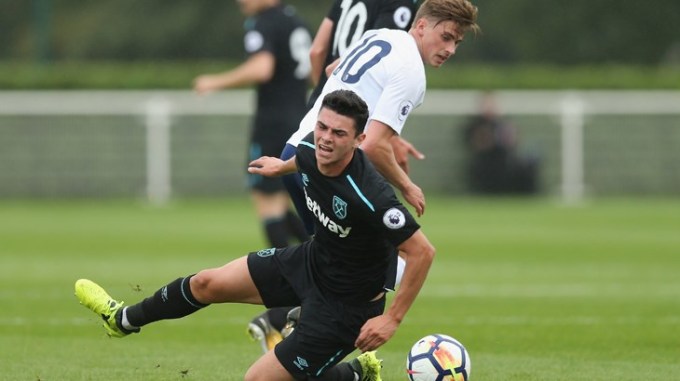 We may be in the middle of an international break, whilst Spurs fans will be engrossed in all the latest news on incomings with the transfer window reaching its climax tomorrow night. However, my focus tomorrow evening will be solely on our under 23 side who have an important game against West Ham at the Lamex stadium. The match kicks off one of three group games for Wayne Burnetts side in this seasons Premier League international cup, which will also see us face Benfica B and Villarreal B later on in the year. This competition which we competed in during the 2015/16 season, gives our young side the opportunity to test themselves against a host of Europes finest youth sides, whilst also trying to win some silverware in the process. Our encounter against Terry Westley’s side comes just under two weeks after our PL2 game against them, which saw the hammers narrowly beat us 3-2 at our training centre. Both sides will look noticeably different for this cup tie, due to international call ups. I’m excited to see what the team sheet will read for what promises to be an intriguing match. My in depth match report will be published late on Thursday night. COYS

Team news: Due to the current international break Burnetts team will look very different to the one that thrashed Man United 3-0 on Friday evening. There’s a whole host of development squad players who are away on international duty for various international youth sides, the following of which are listed. England: Japhet Tanganga, Oliver Skipp, Jaden Brown, TJ Eyoma, Keanan Bennetts, Tashan Oakley-Boothe, Marcus Edwards. Belgium: Jonathan De Bie. Cyprus: Jack Roles. Whilst George Marsh has returned to the squad, I would be surprised to see Nick Tsaroulla be involved tomorrow (presumably due to injury). Hopefully 19 year old centre half Christian Maghoma will return to action against the hammers, his presence will be vital in dealing with their potent striker Antonio Martinez. I’m also hoping to see talented winger Samuel Shashoua get his first start of the season down the right flank.

My score prediction: 3-2 to Spurs.

One to watch: West Ham’s tricky winger Nathan Holland, Holland stood out during our last encounter with West Ham, he was prominent down the left wing, and scored a peach of a goal late on.