A piece on Oliver Skipp’s remarkable performance against Sunderland under 23’s: 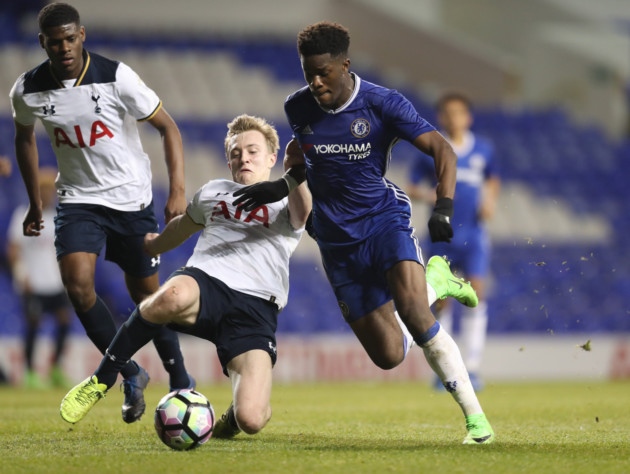 I don’t often write an article after a youth game about a players individual performance, but I couldn’t not do after seeing 16 year old Oliver Skipp’s brilliant performance against Sunderland on Friday night. As Wayne Burnetts under 23 side fell to an opening day defeat, with a bitterly unlucky 2-1 loss to the black cats up in County Durham. Skipp who made his under 23 debut against Sunderland as a schoolboy last season, lined up as the midfield anchorman behind the midfield pairing of Dylan Duncan and Joe Pritchard. The first year scholar was totally unfazed by the fact that we were coming up against a host of senior players including Jack Rodwell and Papy Djilobodji. An ever present force with in Burnetts side, the youngster controlled the midfield, he broke up play when needed, but above all else it was the young Skipp’s decisiveness and maturity both on and off the ball that impressed me the most. This was by no means the first time I’d seen Skipp play, I have seen play on numerous occasions over the past two seasons. But yesterday’s game was the first time I’d saw him get a full 90 minutes against grown men. He seems to impress even more when he leapfrogs up another age group. You could easily have mistaken him for a 21 year old with senior experience, he was gutsy, making tough challenges against the opposition. It was also he’s intelligence and awareness that caught my eye. The England youth international has something about his game and that was all too clear to see. Assisting Sterling’s goal with a smart header, Skipp’s range of passing was top notch, it was deftly accurate. He has a great eye for a pass, as we saw last season with his five assists.

He was one of the most influential players with in Burnett’s side, he seemed to be everywhere Skipp was a technician with in the centre of the park. The Englishman’s stamina was remarkable for that of a 16 year old, he wore the badge on his sleeve. He operated like a young Scott Parker in the middle of the park, but he also has Carrick and Lampard styles to his game. Skipp’s performance against Sunderland was superb, it certainly won’t be his last under 23 game of this season. The fact that the 16 year old even travelled up with the squad speaks volumes as to how highly he’s rated. Our development squad return to action on Tuesday when they face Luton town in the Checkatrade trophy. COYS

My previous article on Skipp: https://superhotspur.com/2017/05/08/oliver-skipp-the-diligent-16-year-old-midfielder-who-has-shone-for-our-under-18s-during-this-season/

One thought on “A piece on Oliver Skipp’s remarkable performance against Sunderland under 23’s:”