A couple of thoughts on Josh Onomah’s performance against Colchester: 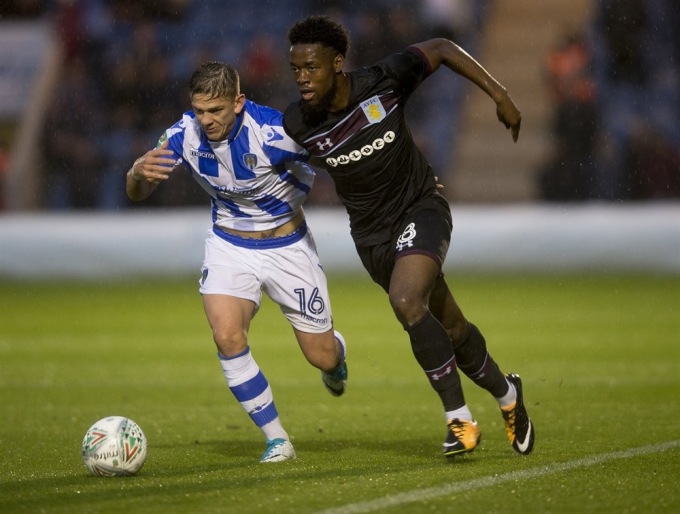 Spurs youngster Josh Onomah (20) made his first start for loan club Aston Villa this evening in the Carabao cup. And what a classy performance it was too, Onomah played a starring role in Villla’s 2-1 win over Colchester United in the first round of the league cup. When the Spurs starlet was loaned out to the championship club on a season long loan last Friday, it was met with much surprise from Spurs supporters with myself included, I was expecting him to get more first team action for the lilywhites over the current campaign. Onomah’s performance this evening saw him excel in his natural central midfield position. It was a tidy and complete performance from Onomah, who controlled the midfield against the league two side, he looked right at home in Steve Bruce’s team. He was deep lying just as he was for England’s triumphant under 20 side over the summer, it may have been against league two opposition, but I felt that Onomah really asserted himself in a youthful Aston Villa side. He kept his game simple, he really imposed himself on the opposition with his strength both on and off the ball, it was fair to say it was a Mousa Dembelesque performance from Onomah. The midfielders range of passing was impressive, as too was the many surging runs he made from the centre of the park.

Despite his defensive role he managed to create some really good chances, overall it was a very impressive full debut from the promising Onomah. It reminded me of a similar midfield shift he put in against Reading under 23’s in a game which I saw him involved in last season. He bossed the midfield on that occasion with a confident classy showing, and he replicated that high quality performance this evening. Whilst he has been predominantly used as a winger by Pochettino, the youngster now has a great chance to show Pochettino that he can flourish in his preferred central midfield role. Onomah would have undoubtedly impressed Villa boss Steve Bruce with his performance tonight, and it will improve his chances of claiming a starting berth in the Aston Villa squad during their championship campaign. Aston Villa travel to Cardiff on Saturday for a league match and it will be interesting to see whether Bruce picks Onomah to start that game after such an impressive performance this evening. COYS

Buzzing to get my first start for Villa, also to top it off with a win! Onto the next 💪🏾#AVFC