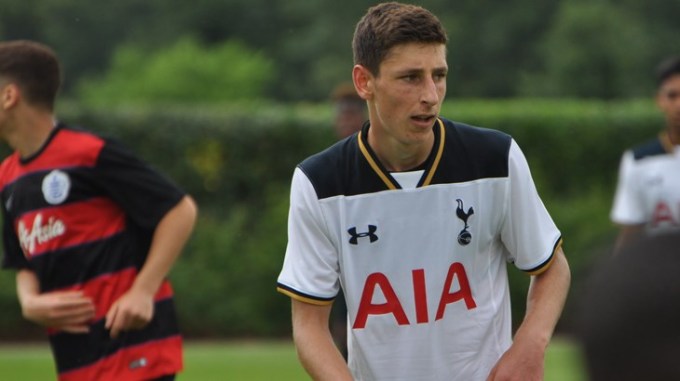 Some quick facts: – Roles represents Cyprus’ at youth team level, appearing most recently in their under 19’s side.
– The midfielder scored 20 goals in just 29 appearances last season.
– Roles signed a professional contract with the Lilywhites last month.
– Jack has been a part of Spurs’ academy set up since the age of six.
– Although Roles plays as a midfielder he actually started off as a centre back.

I haven’t done an article on one of our talented academy players for some time now, and with the season just weeks away there’s no better time for me to do an article on one of the under 18’s star performers during the 2016/17 season, Jack Roles. The 18 year old local lad who grew up in Enfield, scored a phenomenal 20 goals in 29 appearances across all competitions last term. What makes this goal scoring feat even more impressive is the fact that Roles is a central midfielder. The under 18’s top scorer with 19 goals, Roles perfectly timed runs from the midfield, and his prolificness in front of goal made him one of John McDermott’s most consistent and important players throughout the campaign. After starting out as a centre half for which he operated as, as an under 16, Roles has mastered his central midfield position over the past two seasons. It’s not his skill, pace or panache that catches the eye, it’s his off the ball movement which is his greatest attribute. The tall 18 year old has shown time and time again, his ability to ghost in to the penalty area and poach the ball home, in a way that even Frank Lampard would be proud of. Whilst in a similar mould to the former Chelsea and England midfielder, Roles is more versatile with in the centre of the park. Tenacious and willing to get stuck in, Roles is an old fashioned midfielder, composed and simple he never overplays his game. The midfielder who represents Cyprus at youth level, is such a wonderful player to watch. He’s tidy in his passing and overall play but above all it’s he’s decisiveness that wins him his plaudits. 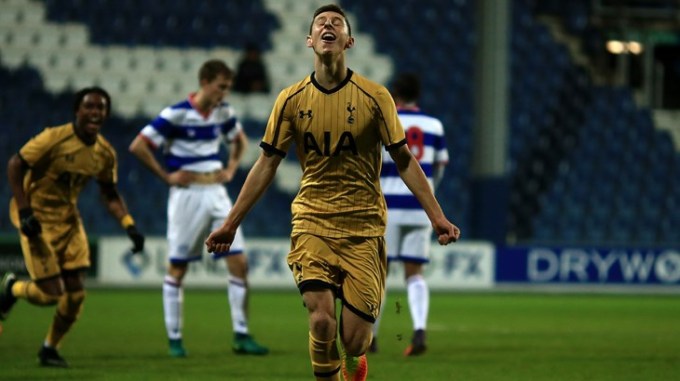 The way he just appears out of nowhere to tap home a loose ball, he has that awareness about his game just like Dele Alli and Harry Kane did at the same age. Roles scores all kind of goals, tap ins, curlers and Tom Huddlestone like thunder bolts, but it’s his key runs that makes him so prolific a scorer. Oddly enough despite his impressive two seasons with the under 18’s, the midfielder is still yet to make his debut for the under 23’s, with Roles being limited only to appearances on the bench. That will all change this season with Roles no longer eligible to play for the under 18’s, the youngster will enjoy plenty of opportunities throughout a wide range of competitions. A bright talent, Roles is never afraid to have a go from range and his driving long shots are another of his key attributes. I was so impressed with him during last season and I’m very optimistic for his future with Spurs, having signed professional terms with Spurs last month, Roles is highly rated by the club and next season will provide him with an even greater challenge. I look forward to seeing this special talent in our development squad over the coming season, and I’m sure his first team debut won’t be too far away!

A Spurs X1 side will face National league side Ebbsfleet United in a pre season friendly at the clubs Stonebridge road stadium next Saturday, I will be reporting on the game which will be Wayne Burnett’s first in charge of our development squad. COYS