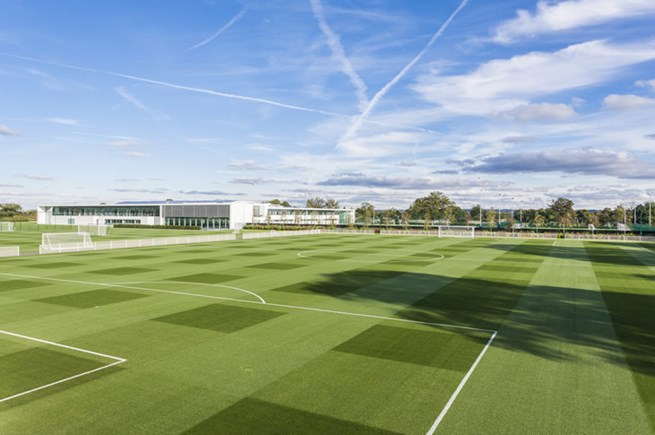 On Friday Spurs published the list of players that would be leaving the Lillywhites upon the expiration of their contract at the end of the month, as well as those that had been offered new deals. Six of our academy players were included on that list, Filip Lesniak, Tom McDermott, Zenon Stylianides, Charlie Owens, Joe Muscatt and Juan Pablo Gonzalez-Velasco have all been released from the club. All players of which I have watched play on numerous occasions for Spurs over the past few seasons, it is sad to see their time at Spurs come to an end, below is a short piece on each player.

Filip Lesniak: Having only made his Spurs senior debut back at the end of last season, the 21 year old midfield anchor mans inclusion on the released list comes of much surprise to many Spurs fans. The Slovakian youth international joined Spurs’ youth academy from Kosice in 2012. A talented player, just the other month I wrote an article on him and I was really hoping that he’d get another season with us. I would expect Lesniak to have another club lined up following his departure from Spurs, and there’ll be no shortage of admirers. A recent article I wrote on Lesniak: https://superhotspur.com/2017/05/19/a-piece-on-spurs-debutant-filip-lesniak/

Tom McDermott: The 19 year old goalkeeper who was signed from Warrenpoint (in Northern Ireland) back in 2014, didn’t make a single competitive appearance for our under 23’s during the 2016/17 season and his release doesn’t come as much of a surprise to me. Although a talented goalkeeper, McDermott’s was unlucky in his time at Spurs, in the fact that there were so many other talented goalkeepers vying for places in the youth sides.

Zenon Stylianides: Another played who i have always liked, the central midfielder was one of six players to be released by Spurs on Friday. Stylianides had been at Spurs for many years, and was always a player I rated highly since first seeing him as an under 18. Stylianides featured 14 times for our under 23 side during last season.

Charlie Owens: Owens joined championship side QPR last month so his release was already expected, the Northern Ireland youth international who primarily operates as a midfielder joins a group of ex Spurs youngsters currently with the west London club. https://superhotspur.com/2017/05/27/former-spurs-youngster-charlie-owens-signs-for-qpr/

Joe Muscatt: Another player to leave Spurs following the expiration of his contract, Muscatt is a two footed full back who can operate on either side, he featured 16 times for our development squad last season.

Juan Pablo Gonzalez-Velasco: The only under 18 player to be released, Velasco only joined our academy set up last summer from Brentford following the closure of their academy. The winger who has represented Colombia at youth level, only played on 8 occasions for our under 18’s during the season. I wish all of our released players the very best of luck for the future.