Our under 18’s are involved in their biggest match of the season, when they face Chelsea in the first leg of their FA youth cup semi-final later this evening. This will be the biggest game that this squad of players have ever been involved in, during their careers so far. The FA youth cup is the ultimate prize for youngsters in England, since its inception in 1952 Spurs have got their hands on the prestigious trophy three times, and I really believe that this class of players can go all the way this time round. Spurs have defeated Stevenage, QPR, Norwich and Newcastle on route to the semis, but John McDermott’s side will face their biggest test of the tournament when they face Chelsea at White Hart Lane. Chelsea have won the last three tournaments, and in doing so have shown exactly why they have one of the best youth academies in the world. Some of the blues talented players include, Mason Mount, Trevor Chalobah and Ike Ugbo. Tonight’s match at White Hart Lane which is also live on ITV 4, will be a fantastic tie, and I’m confident that our young stars of the future will put in a memorable display. The FA youth cup means so much to a lot of Spurs fans, and I have great believe in this talented crop of players. COYS⚽️
My predicted lineup: Whiteman, Eyoma, Tanganga, Dinzeyi, Tsaroulla, Marsh, Oakley-Boothe, Shashoua, Roles , Griffiths, Sterling.

My predicted score line: 4-2 to Spurs courtesy of goals from Sterling x2, Shashoua and Griffiths. 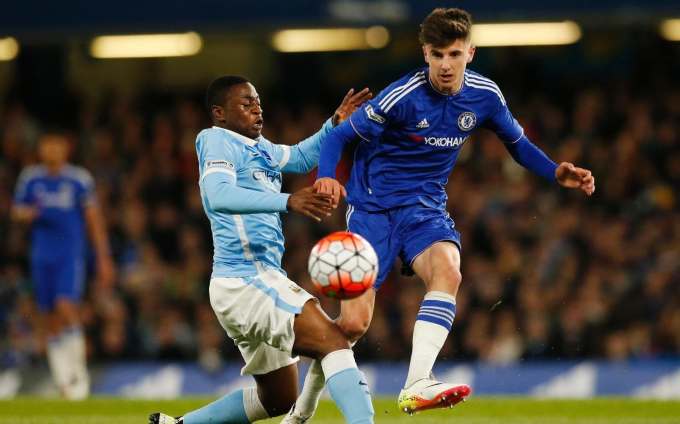 "We’re confident and we’re ready for whatever Chelsea bring."