This afternoon Spurs face Middlesbrough at the Riverside stadium as Mauricio Pochettino’s side look to extend their unbeaten run in the premier league so far this season. Fresh from their 5-0 victory over Gillingham on Wednesday, the Lillywhites side will look a lot different this afternoon with many senior squad members returning to action following them being rested for Wednesdays league cup tie at the lane. Aitor Karanka’s Middlesbrough have only won one once in their last five matches and the newly promoted side struggled against Everton last Saturday losing 3-1 at Goodison park. The Boro do have a potent attack with experienced Spanish striker Alvaro Negredo leading the line, whilst the North Yorkshire club also have the likes of Stuani, Ramírez and Downing as well as the talented defender Ben Gibson. The lads will have their work cut out today but we are undoubtedly the better side and providing we start well we should defeat Middlesbrough this afternoon. COYS

My predicted scoreline: 3-0 to Spurs courtesy of goal from Eriksen, Son and Janssen.
One to watch: Middlesbroughs talented striker Alvaro Negredo. 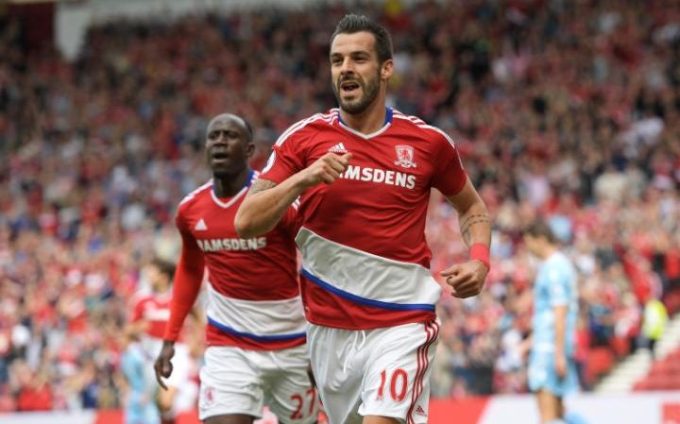