Preview:We go into this game on a high after our 2-0 victory over Leicester in the FA cup in midweek. An added bonus is Crystal Palace’s poor form of late, having  failed to win in their last four league matches and also struggling for goals of recent. Yet Palace are no pushovers this season having accumulated an impressive amount of points under the leadership of Alan Pardew they have surprised many by their consistency and strength especially against top sides in the league this season, and we know all to well the challenge that we’ll be up against tomorrow afternoon. Having fought off the Eagles at white Hart lane earlier in the season, they proved hard to break down and there explosive pace and creativity provided us with a very tough test,  although we ultimately managed to defeat them 1-0 courtesy  Of a Heung min Son goal.

A reshuffle is expected in the squad tomorrow with the defensive pairing of Toby and Jan returning and the rested Hugo Lloris. Moussa was also given a rest midweek and is expected to return in midfield with Eric Dier, however it is unknown whether Heung-Min Son’s excellent midweek performance will see him start in place of Erik Lamela who could with a rest and it is predicted Danny Rose will return as left back having been rested mid week. Elsewhere the injury list stays the same with Ryan Mason,Alex Pritchard and Clinton all out.

My predicted line up: 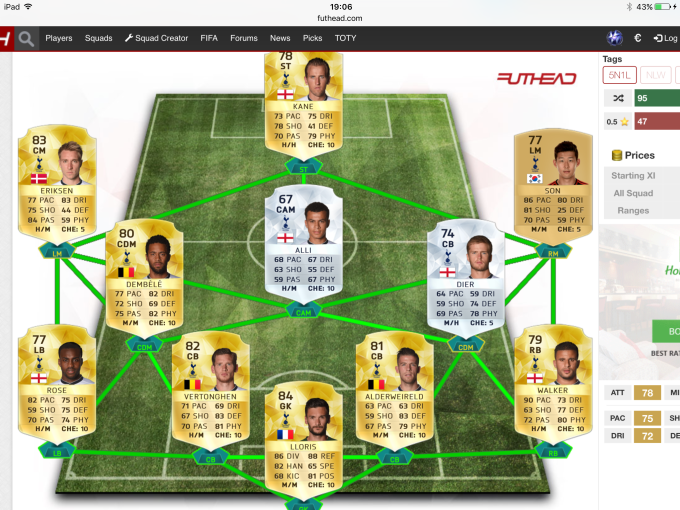 My score prediction: 2-1 Spurs with goals from Dier and Kane.